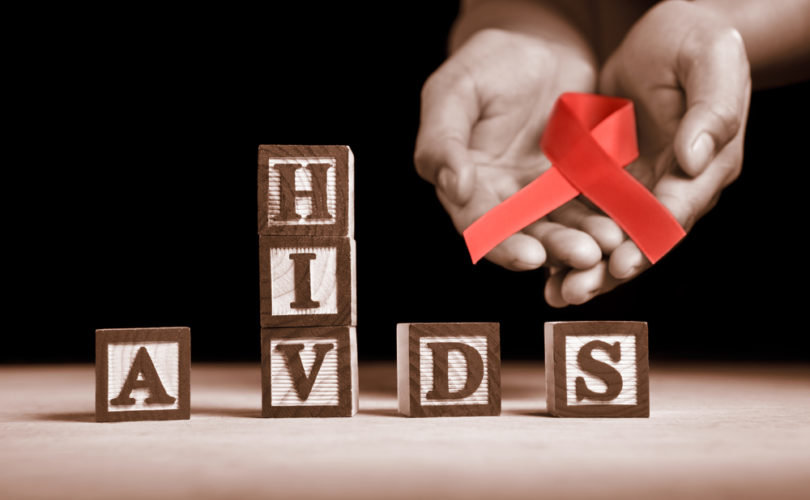 PROVIDENCE, RI, May 28, 2015 (LifeSiteNews.com) – A “faithful Catholic man” in Rhode Island, who said he would rather die of AIDS than fund abortion, has won his fight for a pro-life insurance option under the ObamaCare.

In January, John Doe — whose name has been withheld by his attorneys — sued over the fact that Rhode Island had no options in the state's insurance exchanges that do not force him to fund abortion. This policy broke with the legal language of the Affordable Care Act (ACA), which says that each state must have at least one pro-life insurance option.

Doe's story, and especially his victory earlier this month for a pro-life insurance option in Rhode Island, have been especially poignant because he is a practicing Catholic — and HIV-positive.

Doe “is strongly opposed to paying for abortions,” said Doe's attorney, Casey Mattox, of the Alliance Defending Freedom. “He has HIV, but he is someone who has devoted his life and his resources to opposing abortion, and works against it on a weekly basis.”

In a statement to LifeSiteNews, Doe said that he is “very grateful for the efforts of ADF and the various government agencies involved for providing Rhode Islanders participating in the state’s health exchange options that don’t require us to pay for abortions.”

“Doe was under a charity plan where a hospital in Rhode Island was providing charity care. One of the effects of the ACA has been to even cause plans like that to have to cancel what they were doing and direct people on to the exchanges,” Mattox explained.

Mattox told LifeSiteNews that Doe “was getting basic medical care. He's someone who doesn't want to have to be a burden on taxpayers, he wants to be able to take care of himself. But this was a plan that was a free plan that a hospital was providing that helps people in circumstances like that with their medical care.”

“They provided care, and charged him just a small amount. He was also receiving benefits under a federal/state program that's called the Ryan White Program that assists with [Doe's] retro-viral drugs that he was receiving because of his HIV status,” he continued.

Mattox said that his client has been without regular medical care since 2014, because “every plan on the exchange in Rhode Island is going to require the abortion payment.”

Under the Affordable Care Act, states were required to have at least one insurance plan on the ACA exchanges that would not require a $1 monthly abortion surcharge. However, until Rhode Island changed its policies, at least five states – Rhode Island, Connecticut, Vermont, Hawaii, and New Jersey — were requiring all insurance plans to cover abortion. Connecticut has also changed its law.

The ADF attorney, who praised Rhode Island's leaders for changing the state's policy on abortion funding in the exchanges, said that in-state groups were critical to Doe's victory. A spokesperson for one of those groups, Barth Bracy of Rhode Island Right to Life, told LifeSiteNews that “we've been fighting this battle since 2011.”

“What a big victory this is, in the sense that this policy was implemented by then-Governor Lincoln Chafee, who was a board member of the national board of NARAL,” said Bracy, “and [Chafee's] Director of Administration, who oversaw all this, was the national Chairman of NARAL at the time.”

“The Rhode Island policy was not accidental. ADF joined us, and helped us to beat them back,” said Bracy. “Casey's right. They did compromise. This Casey has swung his mighty bat, and he has won twice — here in Rhode Island, and in Connecticut. He has done amazing work.”

However, it's too soon to tell” whether the policy change “is an olive branch” on the part of the state's new governor, said Bracy, or whether this is “a softening” of the governor's abortion position.

The effects of not being insured and/or not receiving care are significant for Doe. Mattox explained that Doe was still receiving retroviral drugs through the Ryan White Program, but “he would not be able to receive any other care.”
Doe couldn't even have “follow-up with his doctor to find out what the status of his HIV is.”

Mattox said that his client's case related to “the big problem” under the ACA with regards to a “lack of clarity” related to finding pro-life insurance options in many states.

“It is in fact prohibited by ObamaCare for the plans on the exchanges to inform people they are paying an abortion surcharge,” he said, noting that the Government Accountability Office found more than 1,000 insurance plans illegally fund abortions under the ACA exchanges.

Mattox also cited the ACA's individual mandate, which requires most Americans to get insurance coverage – which, until Doe's victory, meant that every pro-life Rhode Islander was required to pay for abortion insurance coverage or violate the law.