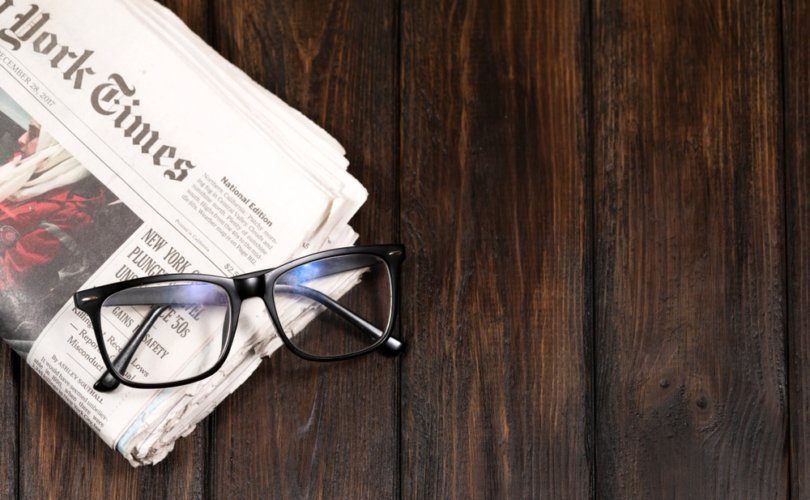 “In the name of our country, thank you for your help! With your help, our nation was able to stand proudly behind our pro-life laws!”

We received this note from our friend Julia Regina de Cardenal who lives in El Salvador as a pro-life activist and first alerted us to a HUGE breaking story there at the time. You won’t believe her story!

You see, several years ago the New York Times wrote a scathing piece excoriating El Salvador for supposedly jailing a mother of three for thirty years for having an abortion – an abortion which in America would be perfectly legal.

The New York Times does fake news more extreme than most – but Julia knew the truth about what really happened. She tried to let the media in El Salvador know of the problem but her article only ran in one of the back pages of a newspaper.

That’s when she turned to LifeSite for help.

The truth of the story was shocking. According to Julia’s testimony, “The truth is that she was found guilty of strangling her full-term baby shortly after her birth.”

Shortly after we confirmed Julia’s story, and with the help of readers like you to spread the news far and wide, the New York Times was forced to publish a major correction. The uproar was huge! So huge, in fact, that it got the attention of all the media in El Salvador which carried the story on the front pages of all it’s main papers for three days.

El Salvador had been confirmed in their pro-life stance. But not every story ends this way. In fact, Julia’s recent note explained, “The New York Times has called me to ask for another interview on abortion, which I have turned down because it’s just part of a smear campaign against El Salvador again to try to make us legalize abortion.”

The mainstream media is fixated on pushing their liberal, progressive bias upon the culture and they have the funds and market saturation to do it. Nevertheless, Julia’s story (and El Salvador’s) are proof that the need for a clear voice, unafraid to speak TRUTH without compromise is desperately needed.

We’ve raised $13,345 towards our minimum goal of $250,000 by March 29th to keep our pro-life and pro-family news reporting mission running at its current high level in the U.S., Canada, and around the world.

Today, a gift of $35 or more can help us reach at least 5,000 people with the truth – and help folks just like Julia, fighting for pro-life laws in their own country!

And of course larger donations will reach even many more. It is up to you.

Not all stories end the way they did with Julia and El Salvador. In fact, she has warned us:

“The worldwide liberal media are now saying that there are 26 (though originally only claimed there were 17) women in jail for “miscarriages” or “obstetric problems”. The evidence shows that they were found guilty of killing their newborn babies. There are pictures of forensic medicine that show the babies that were strangled, drowned, stoned, stabbed, etc.”

The attacks will never stop – but that’s fine as long as folks like you and me take a stand and help do something about it!

Your gift today is a concrete way to make a stand against the goliath of the mainstream media around the world who are attacking our cherished beliefs. And 100% of your donation today will go towards that fight.  (Click here to donate)

Today, you can help provide truth to thousands in your country, and around the world, which will help people just like Julia – who are not satisfied with the lies and manipulations of the mainstream media.

We can change the world by helping end abortion, defend the family, and protect freedom, but we need your help to do it!

Can I count on your support so we can help more people like Julia? A gift of just $25 can help us reach as many as 4,000 people, and a gift of $50 will help up reach as many as 7,500 people with life-affirming truth!

We still have $236,655 left to raise to reach our goal this Spring! With your help, we will create a Culture of LIFE through the power of the media. (Click here to donate)