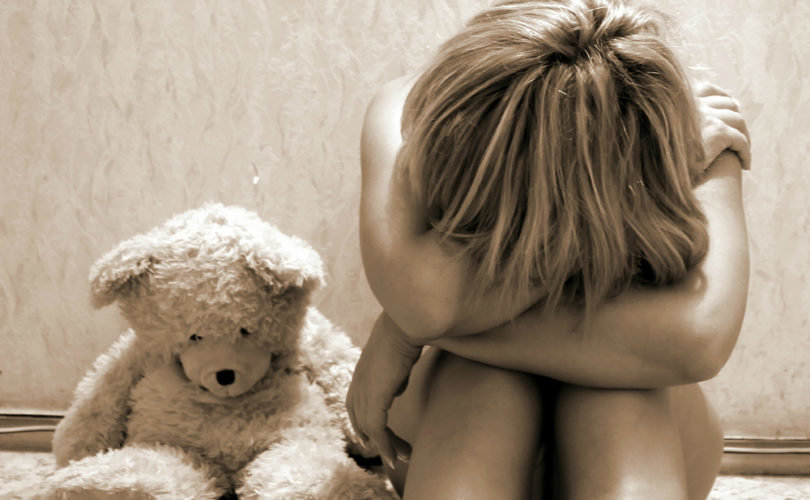 British girls as young as 10 are being injected with long-lasting contraceptive implants untested on anyone under 18—on the taxpayers' dime.

Pro-life and pro-family organizations have spoken out against the revelations, brought to light through freedom-of-information enquiries by the Daily Mail, on the grounds they encourage the exploitation of underage girls for sexual purposes.

“Doctors who do this think they are helping the young girls deal with their own sexually active lives but they are actually part of the problem, by encouraging their sexualization and the sexualization of the culture,” Paul Tully, general secretary of the Society for the Protection of Unborn Children, told LifeSiteNews.

Norman Wells of the Family Education Trust agreed. He told the Daily Mail, “Fitting young girls with contraceptive implants is quite simply indefensible. It is giving them the green light to engage in illegal sexual activity and robbing them of the protection that the age of consent law is intended to give.” The age of consent is 16.

And Dr. Donna Harrison, executive director of the American Association of Pro-Life Obstetricians and Gynaecologists, told LifeSiteNews that under no circumstances should a 10-year-old be enabled to continue sexual activities. “A sexually active ten-year-old is being abused, by definition. Ten-year-olds can't give informed consent, and certainly can't give consent for sexual activity.”

Though never tested on anyone under 18, the implant is known to cause nausea, mood swings, acne, and headaches among adults. The Daily Mail quoted several unnamed sources in defense of the practice, including one at the University of Leicester, which implanted one of the 10-year-olds. Said he or she: ‘Only under extremely rare circumstances would a patient under the age of 13 ever receive a contraceptive implant,” while another health official insisted the police, social workers and parents would all be informed.

The problem with that claim, said Tully, is that the law does not require parents be informed when a minor is given contraceptives of any kind, or abortions, if the doctor deems the child to be mature enough to make the decision.

Tully’s fear is that prescribing contraception to girls under the age of consent allows predators to coerce them into sexual activity without fear of being discovered. “This is likely to be regarded as a green light by those who wish to exploit these girls.”

What is more, he said, the prescribing of contraceptives to preteens will promote the agenda from some lobby groups to reduce the age of consent. “There is constant pressure on younger and younger youth to engage in sexual activity,” he said. Not only such organizations as the Family Planning Association, but teachers, schools, legal authorities, the advertising and film industries all promote the sexualization of youth, and, he added, “for whatever reason the age of menarche (the onset of menstruation) is lowering among British girls. This means that 10-or 11-year olds could get pregnant, and makes contraception seem merely prudent to many.”

“Our concern is that the child taking contraceptives is much more vulnerable to pressure to have sex and to having an abortion,” Tully said.

Tully said that there is also pressure on the legal, medical and counseling professions to acknowledge a “de facto lowering of the age of consent from 16 to 13.”  Not only civil libertarians, but religious groups such as Quakers and Methodists in Great Britain were arguing as early as 1972 to lower the age of consent to 14 in recognition of the practices of youth themselves. But a BBC poll in 2010 showed 84 percent of Britons opposed.

Tully said doctors, school nurses, social workers, and police all should respond to children younger than 16 seeking contraceptives with counseling but an effort should be made to change their behavior. “In general, the law should be upheld, but I’m not saying there should be lots and lots of prosecutions.”

If the girl’s parent or guardian does give consent, a doctor should notify police on suspicion of child trafficking, Dr. Harrison added.  “There are zero circumstances under which it is OK to allow a 10-year-old-girl to undergo continuous exposure to sexual activity. Zero. None. This is rape, by definition.”