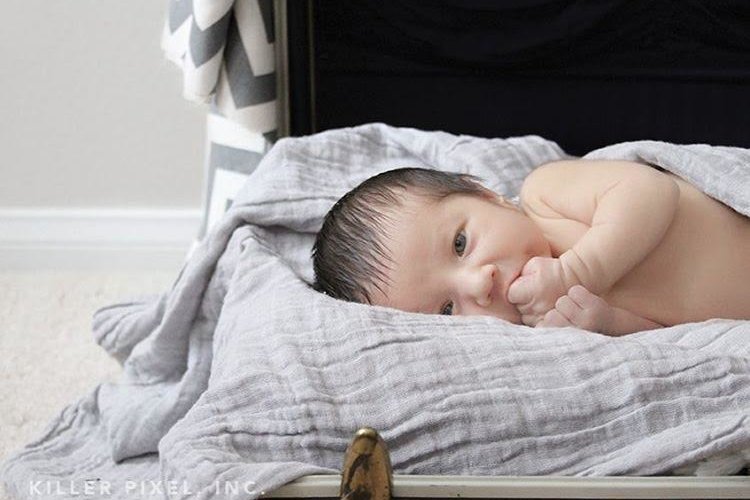 December 16, 2016 (LifeSiteNews) – Many Star Wars fans flocking to see Rogue One this weekend don't know the dark side of Mark Hamill, the actor who plays Luke Skywalker. When Los Angeles model Maegan Chen found out earlier this year that she was pregnant with Hamill's grandbaby, Hamill and his son Nathan pressured her to have an abortion.

But despite the attempted coercion, Maegan courageously resisted, and her baby, Autumn, was just born and is thriving.

Maegan was unavailable for comment on this story, but she discussed the situation with LifeSiteNews for a previous report.

She found out she was pregnant with Nathan Hamill's baby in March 2016. The two had begun dating in January 2016.

“I told him that I was pregnant as soon as I knew,” Maegan told LifeSiteNews. “He immediately told me he wanted me to get an abortion” even though the trauma of a previous abortion had left her “suicidal and depressed for a long time afterwards.”

In an article for XO Jane, Maegan wrote that Nathan's first reaction to learning of her pregnancy was “f***.”

After much pressure from Nathan, Maegan agreed to abort her baby. However, a communication mix-up prevented the scheduled surgical abortion from happening, so she opted for the abortion pill. After taking the abortion pill, Maegan thought that she had aborted the baby. But a later ultarsound showed the baby was alive and well.

Nathan maintained that abortion was Maegan's only option and said “he stopped talking with me so I couldn't again ask why there was no other alternative” and called her “selfish” for wanting to save the baby.

Maegan says Nathan's father Mark, famous for playing Luke Skywalker, also pressured her to have an abortion. Mark and his wife Marilou told Maegan abortion was her only option and that Nathan wasn't ready for another child.

“Mark told me it was just crazy to bring a child into the world that no one wanted,” Maegan told LifeSiteNews. “No one asked me if I wanted her, but I did at that point.”

In London, where Mark was filming the new Star Wars movie, Nathan took Maegan to what she thought was an ultrasound but was actually an abortion consultation. Maegan saved her baby's life by telling Nathan she would have the abortion in Los Angeles.

Marilou continued to pressure Maegan to abort the baby, writing in an email “With baby, you won't see him [Nathan]; without baby, you will.” This seems to have been a pressure tactic, as Nathan had already suggested breaking up after he thought Maegan's medical abortion had succeeded.

According to Maegan's XO Jane piece, Marilou also claimed that there would be “no coercing” and “it is up to you.” In the same email, however, Marilou wrote, “Maegan you blew it. When he got to London, he showed me pictures of you and was excited you were coming over. Then you got pregnant. Now if you thought that would keep you together, you calculated wrong. If you’d had the procedure, then he would have felt closer to you for that, for knowing you cared about him and his feelings. Your time in London would have been fabulous. You would still have a relationship with him now. You still could, if and only if, you have the procedure. …As he has told you time and time again, he is not ready to be a father yet. But instead you have given him ultimatums and threatening to have the baby if he didn’t do this or that or you didn’t come to London. He has tried to please you as much as he possibly could under the extreme pressure and uncertainty that you will (or did) have the procedure.”

Here is a video of baby Autumn: