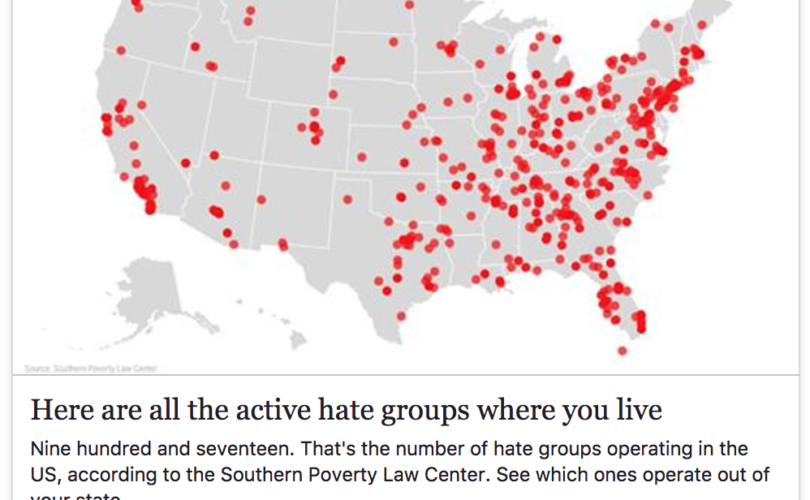 The Southern Poverty Law Center (SPLC), the activists behind the “hate” list, lumps Christian lobby groups like the Family Research Council (FRC) and the legal giant Alliance Defending Freedom (ADF), which has argued and won numerous cases in the U.S. Supreme Court, in with the Ku Klux Klan and neo-Nazis.

Its infamous “hate list” directed Floyd Lee Corkins to FRC's Washington office, where he shot a security guard and planned to massacre the group's staff. He told police he targeted FRC because the SPLC labeled them “anti-gay.”

“This is CNN going utterly insane. They are serving as a platform for a radical left-wing hate group that exists solely to bash conservatives,” Dan Gainor, Vice President of Business and Culture at the Media Research Center, told LifeSiteNews. “The CNN report has zero legitimacy. But it does serve to falsely label millions of conservatives as haters and may put them at risk as well.”

“CNN and most if not all of the mainstream media are now doing what William Randolph [Hearst] did in the 1800s,” Catherine Davis, Founder and President of The Restoration Project, told LifeSiteNews. “They are a propaganda machine operating to take America down from within. Like Hearst they are starting a war based a false narrative of race baiting and hate. This time, however, the war may destroy America if their yellow journalism is not stopped. We must resist this propaganda maneuver lest America fail.”

The man who shot and severely wounded Rep. Steve Scalise, R-LA, in June “liked” the SPLC on Facebook. The SPLC put out a statement denouncing him after this was revealed.

“The CNN report has zero legitimacy. But it does serve to falsely label millions of conservatives as haters and may put them at risk as well.”

FRC advocates for “a culture in which all human life is valued, families flourish, and religious liberty thrives.” It defends a Christian view of marriage and opposes abortion and gender ideology.

The CNN article warned that the SPLC says there are 917 “hate groups operating in the US.”

These groups were listed alongside Holocaust deniers, the “Aryan strikeforce,” the “Supreme White Alliance,” and the American Nazi Party.

The American College of Pediatricians is “a national organization of pediatricians and other healthcare professionals dedicated to the health and well-being of children.” It opposes transgendering young children and assisted suicide.

CFAM lobbies for the pro-life cause at the United Nations. Liberty Counsel is a Christian legal ministry.

On Thursday afternoon, CNN changed its headline from “Here are all the active hate groups where you live” to “The Southern Poverty Law Center's list of hate groups.”

“The headline on this story has been changed to more closely align with the content of the piece, which clearly indicates that the data on hate groups is from the Southern Poverty Law Center,” an editor's note at the bottom says. “This story has also been updated to provide direct links to the full list from the SPLC as opposed to publishing the entire list here.”

Marriage scholar Dr. Ryan T. Anderson blasted CNN for its “slander.” The March for Life's Tom McClusky, who formerly worked for FRC, noted that the map CNN published is the same one that led to Corkins attempting to murder him and his co-workers.

. @CNN decides to reprint map that guided shooter to try to kill me & my colleagues because of our view on marriage https://t.co/ziJzAK6Vw6