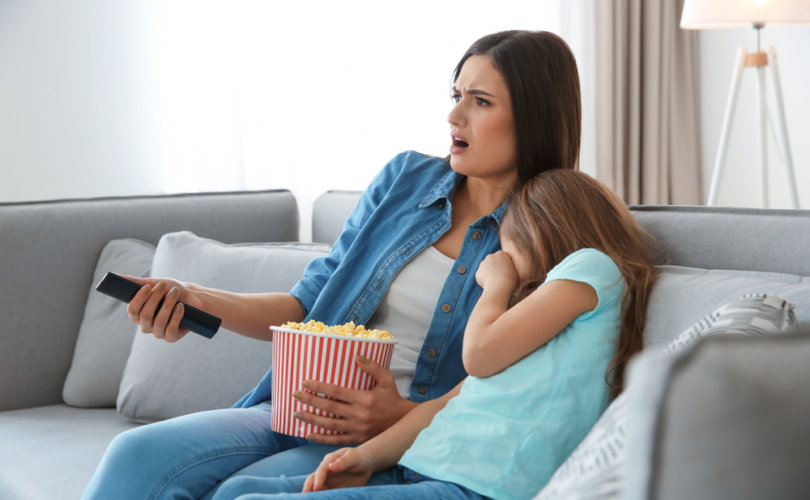 May 1, 2018 (LifeSiteNews) – Families looking to enjoy mainstream entertainment without the “mature” or otherwise objectionable content have another option, in the form of the streaming filtering service VidAngel.

VidAngel.com says it gives users of Netflix, Amazon Video, Amazon Prime, HBO’s Amazon Channel, and Movies Anywhere the ability to screen “adult” material out of approximately 3,500 movies and TV episodes. The website’s main page prominently displays “Game of Thrones,” a popular series known for explicit sex and violence, as one of the shows it can purportedly make more family-friendly.

Among the filters it lists are profanity, blasphemy, crudity, sexual or discriminatory language, vulgar gestures, nudity, sex, immodesty, drug or alcohol use, and various levels of violence. In addition to morally objectionable content, it also lets users skip credits, and even offers a humorous option to cut the character Jar Jar Binks out of the “Star Wars” prequels.

According to a VidAngel fact sheet, the service relies on a combination of algorithms and crowd-sourced filtering, through which people throughout the United States tag objectionable comment in videos.

Customers pick what they want to watch through their iPhone, Android, or Roku device and select which types of content they want to screen out, then VidAngel streams the show or film through a “virtual user in the cloud,” applies the chosen filters, and sends the cleaned-up version to the user’s device for viewing. The service costs $9.99 per month, after a 30-day free trial.

VidAngel cites an August 2017 study by the Parents Television Council as evidence their service is needed. The council warned that “children have easy access to adult content, in part, because the parental controls are lax or non-existent” on the most popular video streaming services, including Netflix, Hulu, and Amazon Prime.

Last December, Stephen Altrogge of the Christian website The Blazing Center reviewed VidAngel and was impressed by the extent and specificity of the filtering options down to specific objectionable words, implied sex scenes in addition to on-screen sex, and the ability to pick individual moments in specific movies to skip.

“VidAngel offers an almost seamless experience. It mutes any curse words and then immediately unmutes the dialog to ensure that you don’t miss a second of the dialog (watch the video for a demonstration of how it works),” Altrogge wrote. “For sex and violence, it cuts the scene specified by your filters. Although this does occasionally disrupt the experience a bit, it’s worth it to have explicit sexual material removed.”

Because the service relies on crowd-sourcing, presumably it cannot guarantee that it catches every conceivable instance of objectionable content across every single film. However, crowd-sourcing also allows the filtering to be continually updated.

VidAngel actually launched in 2014, but it has been locked in a legal battle with Hollywood copyright holders over the service. Variety reported last year that a federal judge ordered the shutdown of its original service, which used physical DVD copies of movies after Disney, 20th Century Fox, and Warner Bros. sued.

VidAngel agreed to drop content from those companies and shifted their efforts to the streaming filtering. Last October, VidAngel filed for bankruptcy in order to delay a court-ordered shutdown. “Business will continue as usual for our customers and our employees and all our team,” VidAngel CEO Neal Harmon promised at the time. The court rulings did not apply to media not released by the three aforementioned studios.

VidAngel’s FAQ section argues that the service is completely legal because it complies with federal fair use doctrine and “doesn't make a fixed copy of the filtered work,” and is simply akin to a “very powerful remote control.” The fact sheet argues that its current process satisfies every objection raised in court, as it doesn’t decrypt content, cut into streaming platforms’ profits, empower users to watch content before its official release on streaming platforms, or interfere with deals to make content.