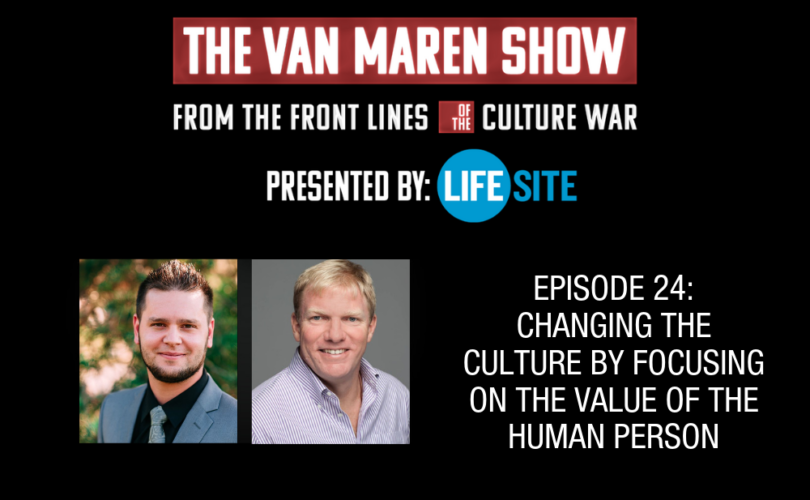 July 3, 2019 (LifeSiteNews) – Jonathon Van Maren discusses the pro-life movement with Jason Jones on this week’s episode of The Van Maren Show. Jones began working in the pro-life movement while attending the University of Hawaii. His work within the movement progressed from forming the Pro-Life Student Union to include Director of Hawaii Right to Life and Public Relations Director for Human Life International. He is the president and founder of Human Rights Education Organization and Movie to Movement; both organizations promote the dignity and beauty of the human person.

Jones also spends time encouraging all those involved in the first generation of the pro-life movement, those involved in Operation Rescue through the 1980’s and into the 1990’s. He speaks of the inspiration their actions provided to the second and third generations of the movement. He says we’re entering the fourth generation of the pro-life movement, and this generation is far more equipped to fight the battle because of all the hard work of those who came before.

Looking at the pro-life movement and the fact that we have been fighting this battle for 40 years can be overwhelming at times. However, Jones agrees with last week’s podcast guest, John Zmirak, that we must take action to make a difference.

Van Maren and Jones wrap up their conversation by discussing the organizations Jones has started and uses to further the pro-life mission to the world. His organizations focus on protecting the vulnerable from violence through making movies, as well as by communicating the truth about the human person. They bring together the campaigns for everything from protecting the child in the womb to vulnerable ethnic or religious communities, as they are all direct threats to human life.