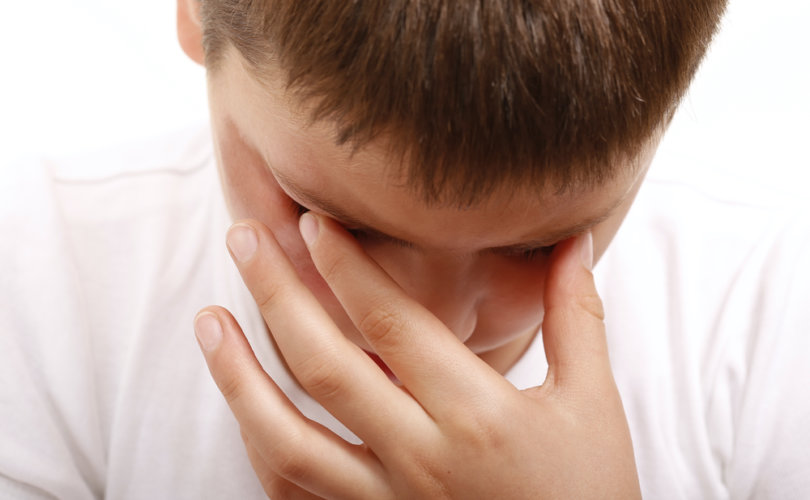 (LifeSiteNews) — The harms of transgenderism and gender ideology can no longer be ignored.

LifeSiteNews has published four separate reports on the harms of transgenderism, sourcing material from credible medical experts, social scientists, and “detransitioners.” The latter are gender-confused individuals who began to take drugs and/or underwent surgery to present as the opposite sex but have since stopped and regret their actions.

This series is meant to be a resource for confronting LGBT activists and helping gender-confused individuals realize the harms of chemical and surgical mutilations.  This article is a summary of the findings, but LifeSiteNews will continue to expose the harms of transgenderism.

The first article featured 5 individuals who have been harmed by chemical and genital mutilation. The individuals were lied to by health care professionals into injecting themselves with testosterone and removing healthy organs. They were falsely that told they could change their gender, which is impossible.

Other individuals have come out and shared their own experiences of being lied to by medical professionals.

At least partially as a result of these stories, legislation in places such as Tennessee has sought to ban or limit these procedures.

The second article focused on statements from American medical experts who studied this issue and concluded that “transitioning” of kids amounts to “child abuse” and is creating a “public health issue.

The linked article includes further expert commentary on the issue.

The third article explores several entities which have warned about the chemical and genital mutilation of kids. For example, the British National Institute for Health and Care Excellence concluded that studies cited to justify chemical interventions on gender-confused kids were not trustworthy but were still used to promote puberty blocking drugs. “The quality of evidence for these outcomes was assessed as very low certainty using [a] modified [evidence review].”

The French Academy of Medicine released a statement in 2022 that concluded that children should not be given puberty blockers.

“Great medical caution must be taken in children and adolescents, given the vulnerability, particularly psychological, of this population and the many undesirable effects, and even serious complications, that some of the available therapies can cause,” the medical group wrote. “In this respect, it is important to recall the recent decision (May 2021) of the Karolinska University Hospital in Stockholm to ban the use of hormone blockers.”

The increase in LGBT identification is driven by social influence, according to credentialed experts studying the issue.

Self-identification as homosexual, transgender, and other apparent sexualities such as “gender fluid” are largely driven by social media, mainstream media, and peer influence, according to experts. The fourth article in this series explored that topic.

Littman’s research drew on other recognized studies on social and psychological disorders that had affirmed how peer groups can lead to others identifying with the same issues. “Peer contagion has been associated with depressive symptoms, disordered eating, aggression, bullying, and drug use,” she noted. However, by touching on such a politically sensitive topic, the former professor faced significant backlash.

There is a strong link between mental illness and liberal political beliefs and LGBT identification, Birbeck College political scientist Eric Kaufmann concluded in a 2022 study. Kaufmann, who has degrees in political science and economics, released a report for the Center for the Study of Partisanship and Ideology [CSPI] that found bisexual sexual behavior did not rise at the same rate as identification as bisexual.

He argued this meant that peer pressure led to people saying they had a disordered sexual inclination without acting on it. “If this was about people feeling able to come out, then we should have seen these two trends rise together,” he told The College Fix. “What we find instead is that identity is rising much faster than behavior, indicating that people with occasional rather than sustained feelings of attraction to the opposite sex are increasingly identifying as LGBT.”

LifeSiteNews is concerned about the growing push to encourage kids and adults to identify as transgender. It is not possible for someone to change sex – individuals who struggle with gender dysphoria must be supported with prayer and counseling. LifeSiteNews will continue to cover this important issue and expose the harms of transgenderism.