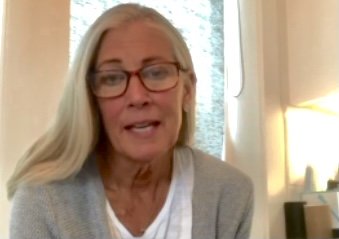 FERNDALE, Washington (LifeSiteNews) – In a detailed and heartfelt video, a Washington woman shared her experience from living an active lifestyle to becoming gravely ill just days after receiving her second shot of the abortion-tainted mRNA jab from Pfizer.

Shelly Sytsma, 60, submitted a video testimony to No More Silence, a website dedicated to sharing stories of real people who have suffered debilitating adverse events after taking one of the experimental shots for COVID-19. The website features 213 unique stories of injury from people in 17 countries.

A spokesperson for No More Silence told LifeSiteNews that everyone featured on the site goes through an extensive verification process before the organization publishes the testimonies.

No More Silence said the stories featured on the site make up a fraction of the videos they receive from those who have experienced serious adverse events after taking one of the experimental COVID jabs.

In the five-minute, self-shot video published Wednesday, Sytsma described having already had the novel coronavirus in November 2020, which left her ill for around three weeks. Since then, she has lost her sense of taste and smell, and has been labeled a “long hauler,” she said.

Dr. Peter McCullough, M.D., a renowned internist and cardiologist along with being a professor of medicine at Texas A&M University Health Sciences Center, noted that people like Sytsma, who have contracted and recovered from the virus, “have complete and durable immunity. And (that’s) a very important principle: complete and durable. You can’t beat natural immunity.”

Sytsma has also had heart palpitations since having the virus, but after meeting with a cardiologist, she was told that “everything was fine.” As a precaution, she was prescribed beta-blockers, a medication used to regulate heart rhythms.

It was only much later, she explained, that chest pains led to her becoming hospitalized just two days after receiving her second shot of the Pfizer-developed mRNA jab on June 3.

“I ended up in the hospital and I had pericarditis (inflammation of the sac around the heart) from the vaccine,” Sytsma said before displaying a variety of medications to the camera and explaining that she had been prescribed each of them by the hospital after her visit.

“I went to a cardiologist, and he said I’m now tachycardic (abnormally rapid heartbeat) and bradycardic (abnormally slow heartbeat),” meaning her heart fluctuates between beating too quickly and too slowly. She has been told she will likely need a pacemaker in the future.

For the time being, Sytsma has been directed to take yet another concoction of drugs to treat her newly developed conditions, including “magnesium, potassium, more antibiotics, more anti-inflammatories,” which she again displayed to the camera.

Unfortunately for Sytsma, her condition continued to decline and she suffered a blood clot in her shin. Upon discovering the clot, she was initially led to believe that treatment would be simple and that it was “no big deal.” However, on August 1, after Sytsma had completed a run, she felt an incredible pain in her calf, saying she “knew something was wrong immediately. It was a pain like I’d never felt.”

Shortly thereafter, she embarked on a trip to Alaska, flying out and back and engaging in strenuous activities, like climbing and hiking, without trouble. It was only upon her return to Washington that “the calf pain got worse.” After a few days, Sytsma said, she visited her doctor, who was concerned that her clot may be more serious and told her that she should go for an ultrasound examination “right away.”

The scan showed that Sytsma had suffered a deep vein thrombosis (DVT). She was therefore advised that she should take blood thinners and that she must have a CT scan as soon as possible. A few days later, the CT scan showed that her clot had dislodged from her leg and traveled through her heart and into her lung, causing a dangerous pulmonary embolism.

“People can die from it,” she warned, adding that she had been “very fortunate” that she did not.

“The next morning, I woke up in severe pain,” Sytsma said, prompting her husband to call the paramedics, who took her back to the hospital. Doctors discovered that she had suffered a second embolism.

Pfizer’s COVID shot has been linked to blood clotting by Israeli scientists in a June research paper. As early as December 2020, long before Sytsma received her second dose, evidence was emerging that mRNA-developed jabs were correlated with dangerous blood clots. The U.S. Food and Drug Administration had been alerted to this fact.

According to the Vaccine Adverse Event Reporting System (VAERS), cardiac conditions account for a large portion of reports. The database shows 8,689 reports of pericarditis and myocarditis, both dangerous inflammations of the heart, as well as 7,868 reports of heart attacks. The system also shows 3,620 cases of thrombocytopenia, a condition causing low platelets in the blood and leading to blood clots.

In a short statement accompanying her video, Sytsma said she has “brushed with death more than a couple times in the last month, chalking up her “pericarditis, DVT and the embolisms [as] a result of the Pfizer vaccine.”

“I had the vaccine and two days later I was hospitalized. You do the science,” she wrote.

Although Sytsma claimed to remain in favor of the choice to take a vaccine, explaining that she and her children all took the jab, she took pains to warn viewers that “there are side effects for some.”

Addressing those who “are shaming the anti-vaxxers and wishing death or harm on them,” Sytsma asked them to “remember” her story, as she visibly held back tears.

“What I wouldn’t do to exchange this basket of s**t for my health back,” she lamented, brandishing the cluster of medication she is now on after taking the Pfizer shot.

“My life hasn’t been the same since I had this vaccine. It’s not for everybody. My body, my choice, right?”

“We need to collect the data on those that are having side effects and find the common denominator here,” she continued.

“There are reasons why many are waiting on this vaccine, and this is why I am with the many who don’t agree with the mandate.”