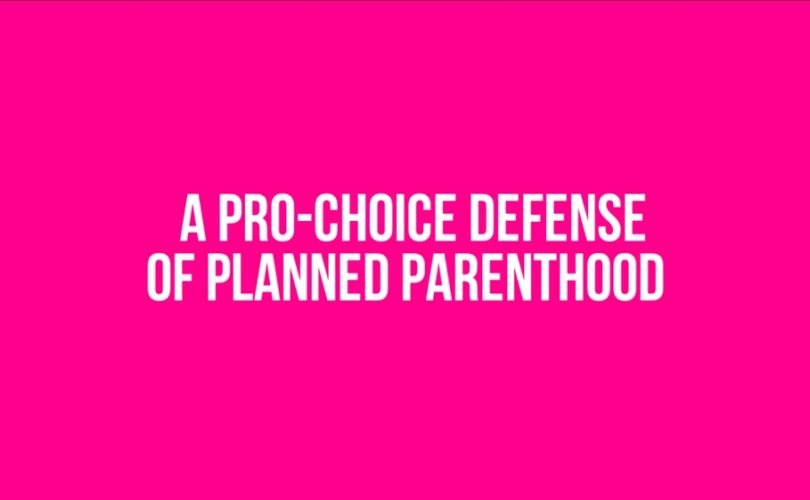 The
Editors
The Editors
Comments
0

I hope you will drop everything right now, and take three minutes to watch this new video from LifeSite exposing Planned Parenthood.

And then I hope you'll share the video via social media and e-mail with everybody you know!

Look. The Planned Parenthood aborted baby parts scandal is the furthest thing from a laughing matter. In fact, it’s one of the more horrific evils in history.

However, the pathetic attempts by the mainstream media and pro-abortion politicians to defend the abortion giant in the face of overwhelming evidence are laughable. That’s what LifeSite’s new video sets out to expose.

At LifeSite, we are doing everything in our power to break the media’s silence on the Planned Parenthood scandal. And we have experienced unprecedented success in doing so!

Right now, however, we urgently need your help. Today is the halfway point of our fall fundraising campaign, but we have raised just one-third of our absolutely necessary $200,000 minimum goal.

With millions of people having come to our site in the past month to learn the truth about the Planned Parenthood scandal, abortion, and related life and family issues, we need just a tiny percentage of those to donate even as little as $5.

And if others can donate much more to make up for all those who cannot donate anything – that would be wonderful!

So please, donate whatever you can afford today, and help us expose Planned Parenthood and END abortion!

While much of the public debate has focused on whether what Planned Parenthood is doing is technically legal or not, we believe that the much more important question is whether what it is doing is right or not.

When Nazi physician and neuroscientist Dr. Julius Hallervorden learned that the Reich was killing mentally ill patients en masse as part of their eugenics program, he urged Nazi officials to harvest their brains and send them to him, so he could use them for scientific research. According to the Nuremberg trial records, he accepted many “hundreds” of brains harvested in this fashion. “Where they came from, and how they came to me, was really none of my business,” he said.

Everything Dr. Julius Hallervorden did was perfectly legal. He justified what he was doing by arguing that the brain tissue was critical for scientific research.

But what he did was also horrifically evil.

Fast forward to today. Who can watch that video footage of a former lab tech who worked in a Planned Parenthood facility describing how she was ordered to harvest the brain tissue of an aborted baby with a still-beating heart, without immediately thinking of Dr. Hallervorden's macabre “research”?

Or who can watch the graphic footage of Planned Parenthood lab technicians sifting through the dismembered arms and legs of a baby identified moments earlier as a 20-week aborted twin, and discussing pricing for “specimens,” without intuitively recognizing a terrible evil, on par with the worst evils of the 20th century eugenics movement?

Help us expose, defund, and shut down Planned Parenthood. Please, donate whatever you can afford today.