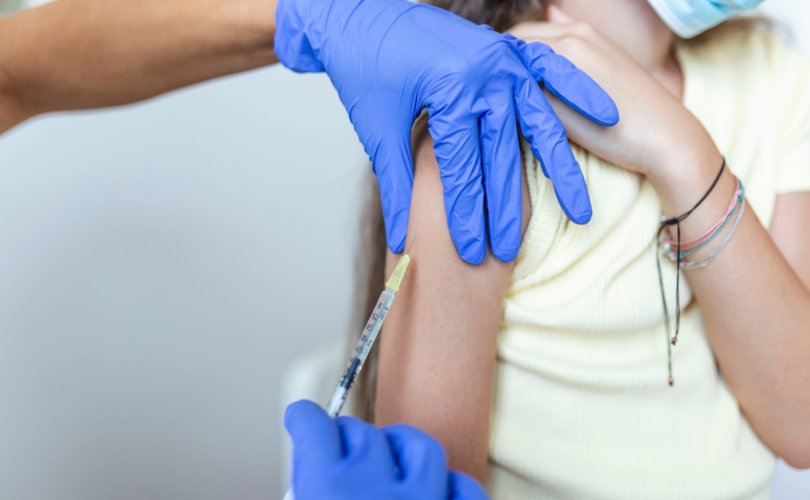 (LifeSiteNews) — In the book Mors tua vita mea (Your death my life): On the moral illicitness of vaccines using cell lines from aborted fetuses (edited by Massimo Viglione, prefaced by Archbishop Carlo Maria Viganò, and published by Maniero del Mirto in 2021), there’s a particularly interesting essay entitled The ‘disproportional’ answers of a ‘proportional’ moral theology (pp. 45–56) by Giulio Meiattini, Benedictine monk and theologian.

The essay constitutes a precise and severe criticism of the Note on the morality of using some anti-Covid-19 vaccines published by the Congregation for the Doctrine of the Faith in December 2020. From there, it moves to broader considerations and argues that assessing the question of the moral permissibility of vaccination by reducing it to the relationship between a single individual and a single vaccine is not only disingenuous, but also irresponsible and unjust.

According to our author, the Note from the Congregation contains an error and an omission.

The error consists in affirming a state of absolute necessity for vaccination in the specific case of Sars-CoV-2. The Note says: “The moral prohibition against such passive material cooperation is not binding if there is a grave danger such as the otherwise uncontainable spread of a serious pathogen: in this case, the pandemic spread of Sars-CoV-2 causing Covid-19.”

The Note, therefore, affirms that there is, in fact, a “grave danger,” that the contagion is due to a “serious pathogenic agent,” and that it is “otherwise uncontainable.” These three statements, Meiattini observes, a) do not fall within the competence of the Magisterium; b) are not certain but debated by the experts themselves; c) in many cases contradict the most obvious facts; d) are disproportionate. To base the legitimacy of vaccination with vaccines that use cell lines from aborted fetuses on so weak an empirical finding is wrong and unjust.

The omission consists in that the document makes no mention of the unsafe aspect of the vaccines or their level of efficacy, falling completely silent on the disturbing issue of the “mass experimentation” currently in progress. It is obvious, argues Meiattini, that a permanent system of mass vaccination is being put in place. The variants of the virus and the advent of systematic vaccinal prophylaxis are paving the way for “total permanent vaccination” (p. 53). The WHO has broadened the concept of “pandemic,” and this has given birth to the new concept of a “permanent state of therapeutic emergency.”

The ethical question, then, changes and becomes the following: Is it morally permissible to become permanent and “systematic” consumers of pharmaceutical products linked to the abortion industry?

Limiting the issue to the scope of one’s personal bioethics and to a kind of “proportionality” between health costs and health benefits is therefore insufficient. The implementation of “vaccine passports” is an unacceptable form of blackmail and the future implantation of micro-chips into our bodies constitutes a form of bodily dictatorship.

Can such realistic perspectives be removed from moral considerations on the current vaccination campaign?

Meiattini argues that they can’t, since doing so would mean failing to understand that this war is not waged against a virus but against a “system” using the virus as its trojan horse.

The article was originally published by Aldo Maria Valli and has been translated by Peter Levinson with permission.