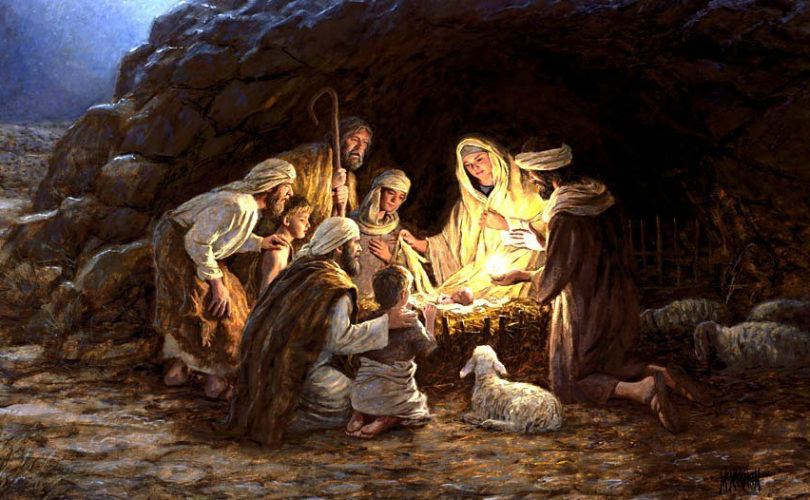 WADENA, Minnesota, December 16, 2015 (LifeSiteNews) – After an atheist group forced one Minnesota city to take down its Nativity scene, residents took matters into their own hands, blanketing the town with nativity scenes in response…hundreds of them.

Wadena officials were forced to take down a Christmas display by the Freedom From Religion Foundation (FFRF), which threatened to sue the city. After forty years of displaying the Nativity scene, Wadena officials sold the figures to the Wadena Ministerial Association for $25, who displayed it on private property.

The Catholic League's Bill Donohue commented, “It is entirely legal to put a manger scene on public property, as long as it is privately paid for and it is a public forum, i.e., an area that is open to art displays, concerts, rallies, and the like.”

Check this out! After an atheist group forced one Minnesota city to take down its nativity scene, residents took matters into their own hands!

“For the past twenty years, the Catholic League has erected a life-size nativity scene in Central Park,” Donohue noted. “The New York City Parks Department grants us a permit every year. All that needs to be done is to apply for a permit.”

Disappointed Christians responded to the Wadena city council decision in various ways. Brady Folkestad applied to use a bandstand in a city park that has been designated for public discourse for his family Christmas gathering, in which he would like to display Christmas decorations and a Nativity scene.

The city officials denied his request.

Folkestad then contacted the American Center for Law and Justice, which reviewed the city's bandstand usage policy and gave advice about equal access to public facilities for religious use. He resubmitted his request, this time tailored to the city's policy, which says nothing can be left overnight.

This time, city officials agreed to let him put up his display for his family gathering.

Others have followed suit, renting the bandstand for a day to put up their Nativity scene and take it down when evening comes.

The bandstand is now booked throughout the holidays.

Other folks began to buy and put up Nativity scenes on their yards and in their shop windows. Hundreds of them. There are four sets in a craft store window,  three at a local café, two at the local bookstore. Some stores painted their display windows with the Nativity scene.

Wadena resident Dani Sworski started a Facebook page filled with pictures of the manger scenes all over town. “Let's shower the town with Nativity scenes, let's share our faith!” she declared.

“The whole community has come out to support this,” An Open Book bookstore owner Gillette Kempf said. “It's an expression of who we are as a community and what we believe. We believe in the Nativity.”

Mayor George Deiss said, “I'm hoping we lit a little spark and the rest of the nation will catch on.'' Deiss himself has at least eight Nativity scenes on display outside his home, and he estimates that Wadena residents have put up at least one thousand.

Offers have come from as far as St. Paul, 160 miles away, to donate Manger sets to anyone willing to display them.

The American Center for Law and Justice told LifeSiteNews, “We're very pleased that the residents of this Minnesota city are sharing the true meaning of Christmas through these displays, which are constitutionally protected speech.”

The Freedom From Religion group said they are fine with private Nativity scenes, as long as government does not sponsor them.