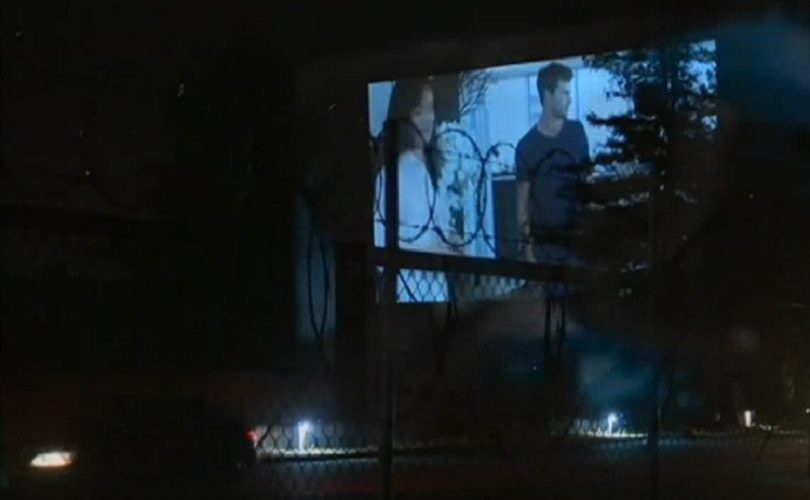 The screens were clearly visible to all who passed by the drive-in.

SACRAMENTO, CA, February 18, 2015 (LifeSiteNews.com) – Millions of Americans paid to see the sadistic film “Fifty Shades of Grey” this weekend, but in California, the film had a much larger and unintended audience.

The drive-in is also located next to a family Go-Kart race track frequented by parents and young children.

Shocked parents began calling the media, including the local Fox affiliate, which dubbed the road “Highway 50 Shades of Grey.”

Parents at the Go-Kart center told the station they were outraged their children could see bondage and sadomasochism while at a family establishment, beginning as early as 6:15 p.m.

Parents inside the drive-in voiced concern, as well. One father said he brought his two boys, aged 10 and 12, to see the new SpongeBob SquarePants movie, but his pre-teens caught an eyeful of Christian Grey and his victim as they pulled past the screen that was showing the R-rated movie.

The manager told the local NBC affiliate on Tuesday that he had changed the screen “Fifty Shades” appears on so it is not clearly visible from the highway and track.