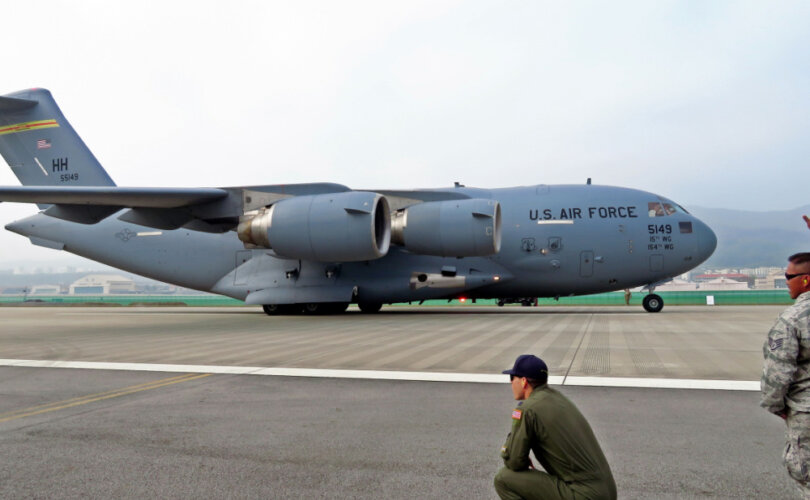 CINCINNATI (LifeSiteNews) — In a significant victory for medical freedom, the U.S. Sixth Circuit Court of Appeals unanimously upheld a class-wide injunction on November 29 shielding thousands of U.S. Air Force personnel from the Department of Defense’s COVID-19 jab mandate due to its violation of their religious liberty rights.

The three-judge panel issued a 56-page ruling denying the Biden administration’s request to overturn the decision of U.S. District Court Judge Matthew McFarland that barred the Department of Defense (DOD) from expelling or otherwise punishing thousands of troops who had applied for exemptions to the experimental COVID-19 gene-based injection mandate.

A primary vulnerability of the federal government’s case was that while there were approximately 10,000 Religious Accommodation Requests (RARs), they only granted 135 of these, and all of them were issued to troops already planning to leave the service within the next year. In contrast, it granted 2,047 medical exemptions and 2,247 administrative exemptions.

As a result, 18 original plaintiffs filed a lawsuit against Air Force Secretary Frank Kendall, Air Force Surgeon General Robert Miller and other commanders in February 2022 asserting the mandate substantially burdens their religious exercise in violation of the Religious Freedom Restoration Act of 1993 (RFRA) and the Free Exercise Clause of the First Amendment of the U.S. Constitution. They charged that the Air Force had discriminated against religious exemptions, effectively granting none, while broadly awarding medical and administrative exemptions.

McFarland, who like Murphy and Bush, was appointed by President Donald Trump, decided in their favor, and the Sixth Circuit upheld the judgment with a defense that refuted every argument put forth by the government in such a way that it should also provide a solid foundation for judges hearing other similar cases, according to medical freedom attorneys.

Steve Crampton from the Thomas More Society, who is representing Air Force soldiers in a similar case in Georgia, told the Center Square, “This decision is a thorough and detailed analysis which rebuts and refutes the government’s best arguments in favor of the vaccine mandate. In the end, we anticipate that any attempts to appeal or to obtain a rehearing en banc will be futile. This is a tremendous victory for religious freedom and ought to be the final word on the matter.”

He also added that this decision “will provide a wonderful road map for the judge in deciding our preliminary injunction motion as well.”

In Texas, the Thomas More Society is also representing plaintiffs from the U.S. Coast Guard in a similar class action lawsuit in which they were already successful in creating a portal for qualified service personnel to join.

And Liberty Counsel released a statement explaining how this “great decision” should be helpful in arguing two similar cases in the coming weeks at the Eleventh Circuit Court of Appeals in Atlanta.

Liberty Counsel founder and chairman Mat Staver praised this ruling, which he explained “grants protection for the religious freedom for all Air Force personnel from Joe Biden’s unlawful COVID shot mandate. No service member should be required to choose between service to the country and service to God.”

“This will be a good precedent for our upcoming argument at the Eleventh Circuit Court of Appeals and our January trial seeking a permanent class-wide injunction for the U.S. Marines,” he said.

In its defense arguments before McFarland and the Sixth Circuit, the Biden administration argued against the awarding of class status, proposing that each of the Plaintiffs’ thousands of cases should be tried separately. At the same time, RFRA requires that the military consider each request individually on its merits, which the military branch declined to do, in favor of a blanket requirement.

In the ruling, Judge Murphy noted the logical contradiction, writing, “The Air Force fails to identify the specific duties or working conditions of a single Plaintiff. It instead seeks to satisfy RFRA with the ‘general interests’ underlying its vaccine mandate. We are thus asked to deny that common questions exist for purposes of certifying a class but to accept that common answers exist for purposes of rejecting all 18 Plaintiffs’ claims on their merits. We decline this inconsistent invitation.”

And the Air Force’s process of systematically denying requests raised important questions according the Sixth Circuit: “Does the Air Force have a uniform policy of relying on its generalized interests in the vaccine mandate to deny religious exemptions regardless of a service member’s individual circumstances? And does it have a discriminatory policy of broadly denying religious exemptions but broadly granting secular ones?”

Despite the Pentagon’s challenge of the lower court’s jurisdiction in these matters, Murphy wrote, “A district court can answer these questions in a ‘yes’ or ‘no’ fashion for the entire class. It can answer whether these alleged policies violate RFRA and the First Amendment in the same way. A ruling for the class also would permit uniform injunctive relief against the allegedly illegal policies. We affirm.”

US military hasn’t approved any of 12,000 religious exemption requests for COVID vax: report

The US military is purging conservative Christians who object to abortion-tainted vaccines. Here’s proof

US gov’t knows COVID shots do ‘egregious’ health damage and still ‘lie’ about their safety: attorney