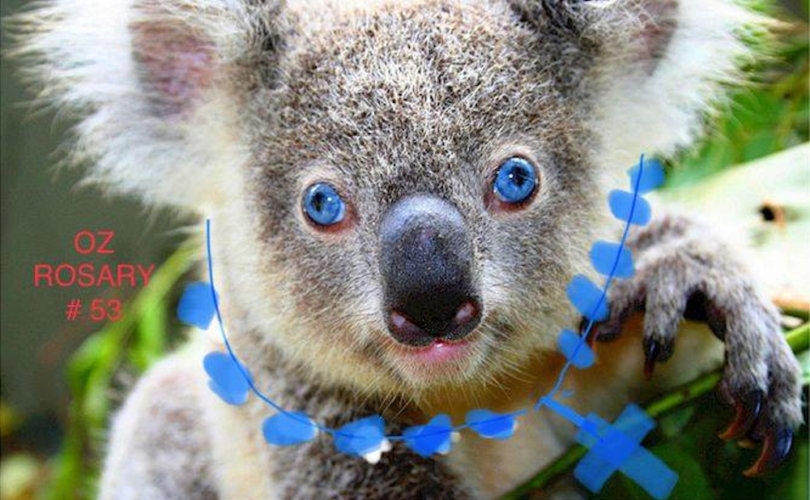 SYDNEY, Australia, May 8, 2018 (LifeSiteNews) — Catholics will gather at locations around Australia to pray the Rosary for their island continent.

The “Oz Rosary” will take place May 13, the feast day of Our Lady of Fatima. Participants will recite the Rosary on beaches and mountaintops and in parks and churches. They will be praying for the future of their country and its consecration to God and the Immaculate Heart of Mary.

As in other countries who have held nation-encircling rosaries in the past seven months, the “Oz Rosary” is being organized by Catholic laity.

“We are mostly located in New South Wales,” Jane Chifley told LifeSiteNews. “In saying that, so many wonderful people have come on board from Western Australia, Queensland, (and) Victoria, and the thing has just taken off.”

“We seem to be getting groups from the Legion of Mary, the Catholic Women’s League, some (retirement) facilities and some schools,” she continued. “Parishes are working the Rosary in with Sunday Masses. … Actually, groups have come from everywhere.”

There will be big gaps between groups attempting to encircle the huge landmass. At fewer than 25 million people, Australia is still sparsely populated, with a majority of people living in cities on the southeast and southwest parts of the country.

Nevertheless, Chifley told LifeSiteNews, the Australian interior will be represented by a group praying at Mount Isa and by parishes in the Alice Springs area.

“There are (also) a couple (of groups) further up north like Wanalirri Catholic School in Ngallagunda Community on the Gibb River Road,” she said.

The Australian endeavor has an episcopal patron in the person of Bishop David Cremin. On the “Oz Rosary” website, he credits Polish Catholics for having begun the now worldwide national Rosary crusade.

“I am a retired Auxiliary Bishop of Sydney, and I am more than happy to support the Oz Rosary Around Australia,” Cremin wrote. “This Rosary Crusade started in Poland with over a million Catholics and has spread to other countries. It is very much a lay initiative and a most devoted lay team are promoting it here in Australia.”

“I support very much this good apostolate of promoting the Rosary at this time when there is so much poverty (and) bloodshed and refugee problems in our world,” Cremin continued. “Our Blessed Lady’s intercession through the recitation of the Rosary is sorely needed at this time.”

The Australian prayer event was originally called “Oz Rosary #53”, as its organizers hoped to establish as many as 53 locations, one for every “Hail Mary” of a five-decade Rosary. However, now more than 200 locations have been confirmed.

The organizers are asking Australians who would like to lead a Rosary at a new location to contact “Oz Rosary” via their webpage. Updates on new locations are regularly posted to the event’s Facebook page.

The Australian prayer campaign follows April’s successful “Rosary on the Coast for Life, Faith and Peace in the British Isles.” An estimated 30,000 Catholics gathered at 400 different locations in Britain, principally on the coasts.  Another 30,000 Catholics gathered around the coasts of Ireland in November to pray for a renewal of Ireland’s Christian faith and the preservation in the Irish constitution of the right to life for the unborn child.