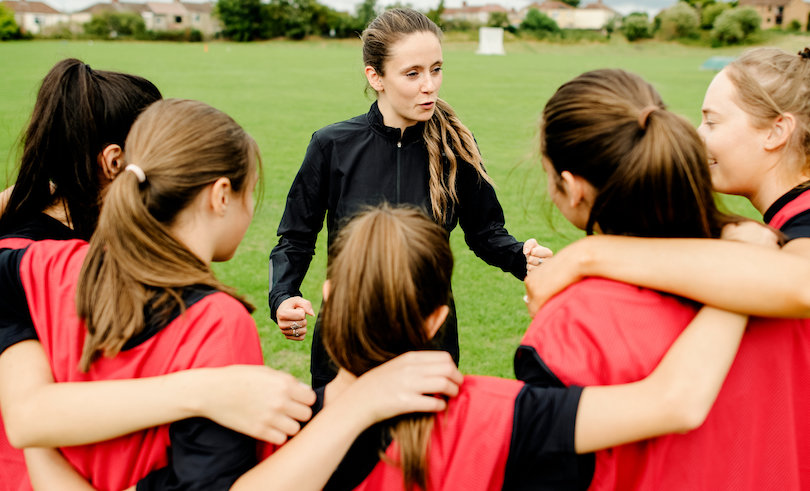 Rugby players and their coach gathering before a matchShutterstock

(LifeSiteNews) — Kentucky, Arizona, and Oklahoma passed legislation Thursday to prohibit biological males from competing in girls’ sports, regardless of whether they claim to be “transgender.”

The three states join more than a dozen others that have passed similar legislation in recent years, including 11 Republican-led states that have enacted such bills.

In Oklahoma, the state Senate overwhelmingly approved the “Save Women’s Sports Act,” sending it to the desk of Republican Gov. Kevin Stitt, The Daily Caller reported. The bill, which requires athletes in K-12 and college-level sports to compete based on biological sex, passed the state House earlier this week.

Parents must testify to their child’s sex with a signed affidavit at the start of each school year, according to the bill. Students over 18 years old would have to sign an affidavit themselves.

Students can sue schools for monetary damages if they lose athletic opportunities or suffer other injuries, including “psychological, emotional and physical harm,” due to violations of the bill.

NEW: The Oklahoma House and Senate have both PASSED the "Save Women's Sports Act," which would ban biological men from playing women's sports.

Oklahoma is about to become the 12th state to protect the integrity of athletic competition for our daughters.

Gov. Stitt is expected to sign the act, which would take effect immediately after his approval. The GOP governor issued an executive order last year banning the state health department from listing “gender non-binary” as an option on birth certificates, saying he believes “that people are created by God to be male or female. Period.”

Arizona lawmakers on Thursday also passed a bill dubbed the “Save Women’s Sports Act,” or SB 1165, mandating that K-12 public schools and some private schools designate sports according to sex.

Teams or sports for females “may not be open to students of the male sex,” the bill states.

Like Oklahoma’s measure, the Arizona Save Women’s Sports Act gives students the right to bring civil action against schools for “direct or indirect harm” caused by violations. All Republicans in the Arizona legislature voted in favor of the bill, while no Democrats supported it.

Mutilating “sex change” surgeries are performed on minors as young as just 13 year old in some parts of the U.S.

Every Republican in the Arizona legislature voted to pass SB 1138. No Democrats voted for it.

Arizona’s Republican Gov. Doug Ducey, who has repeatedly taken pro-LGBT positions in the past, has not revealed his stance on either bill.

The Grand Canyon State also approved a bill on Thursday banning abortions at 15 weeks of pregnancy, except in cases of “medical emergency.” Medical professionals who violate the law could face felony charges and lose their medical licenses.

The bill is modeled after a 15-week abortion ban in Mississippi currently before the Supreme Court in a case titled Dobbs v. Jackson Women’s Health Organization. The court has signaled that it may overturn Roe v. Wade in the Mississippi case, and a decision is expected in June.

The Kentucky Senate on Thursday endorsed a ban on males in women’s and girls’ K-12 and collegiate sports, local news reported. The Kentucky bill, SB 83, passed in a bipartisan 26-9 vote and now goes to Democratic Gov. Andy Beshear, who has not revealed his stance on the legislation.

Kentucky lawmakers would only need a simple majority vote in both chambers to override a veto from Beshear.

Governors in 11 states, including Florida, Iowa, and Texas, have signed sports fairness bills since 2020, amid increasing reports of so-called “transgender” males taking opportunities from actual females across the country and even injuring opponents.

In Indiana, GOP Gov. Eric Holcomb this week rejected a bill that would prohibit males in girls’ school sports, though legislative leaders have said that they plan to override his veto on Friday. Pro-LGBT Utah Gov. Spencer Cox, another Republican, on Tuesday also vetoed a ban on males in female athletics in Utah.