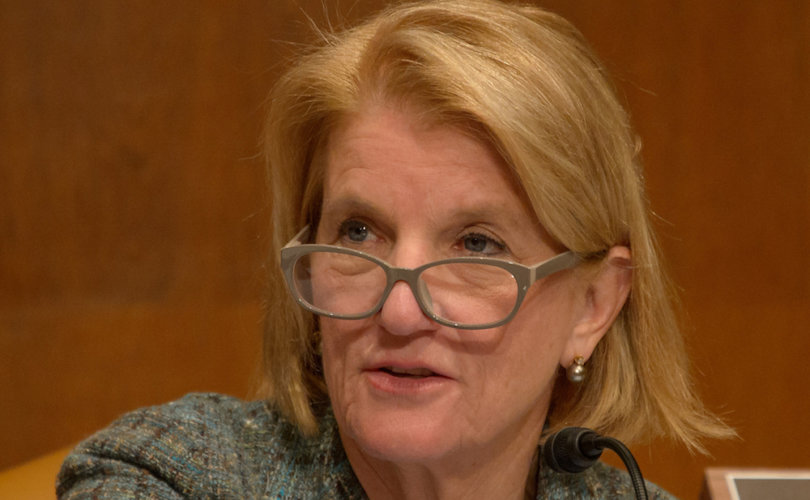 U.S Sen. Shelley Moore Capito of West Virginia is one of three Republicans who refused to vote for the Better Care Reconciliation Act.Flickr

WASHINGTON, D.C., July 19, 2017 (LifeSiteNews) – It looks like Planned Parenthood won't be defunded and Obamacare won't be repealed thanks to three Republican senators.

Republicans failed to rally enough senators to vote for the Better Care Reconciliation Act, which would repeal and replace Obamacare. Then, Majority Leader Sen. Mitch McConnell, R-Kentucky, announced the Senate would instead only vote on repealing the pro-abortion healthcare law.

The bill repealing Obamacare would also defund Planned Parenthood for one year. Three Republican senators, Shelley Moore Capito of West Virginia, Lisa Murkowski of Alaska, and Susan Collins of Maine, have all said they'd vote against the bill. This means McConnell doesn't have the 50 votes needed to debate and then pass the bill.

Capito has a mixed record on abortion, having voted for a few moderate pro-life bills but also to expand research on human embryonic stem cell lines and fund contraception. In 2015, she voted to repeal Obamacare, when it was obvious the then-president would veto the legislation. She said she doesn't support repealing Obamacare without a replacement.

Murkowski and Collins both support Planned Parenthood, America's largest abortion provider. It receives around half a billion dollars in taxpayer money every year. These funds technically can't go toward abortions, but critics point out they can be used to keep the abortion-centered organization running while freeing up non-government money to commit abortions.

“I will not vote to deny Alaskans access to the health services that Planned Parenthood provides,” Murkowski said earlier this year.

Planned Parenthood commits more than 300,000 abortions annually, more than 30 percent of all abortions in the U.S. It provides zero mammograms and only two percent of the nation's cancer screenings.