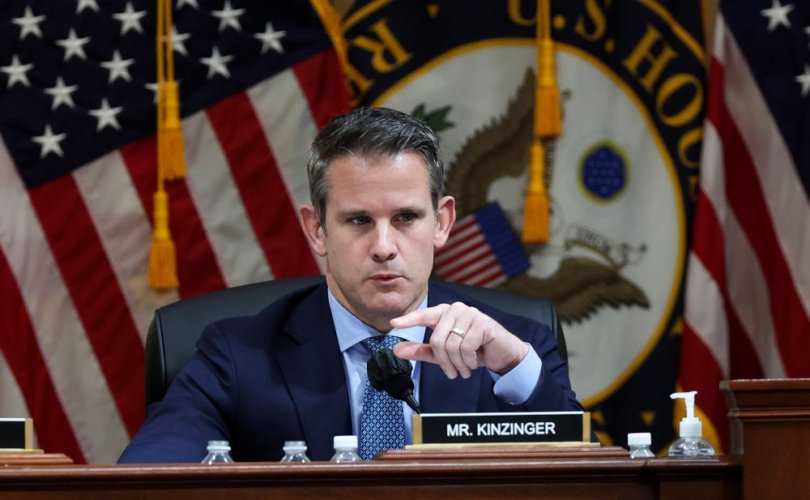 WASHINGTON, D.C. (LifeSiteNews) — Democrats in the U.S. House of Representatives received help from three Republicans on Friday in passing legislation to expand access to abortion, including abortion-inducing drugs, even as pro-life states pass laws to protect the unborn.

On July 15, the the House voted 223-205 to pass the Ensuring Access to Abortion Act, which among other things would permit “the state-to-state transportation of abortion drugs that are approved by the Food and Drug Administration,” the Hill reported.

RELATED: Biden administration has opened the way for ‘abortion by mail on a massive scale’

Three Republicans voted in favor of the measure, despite GOP leadership recommendation that urged lawmakers to oppose it. The Republicans who signed onto the bill were Reps. Adam Kinzinger of Illinois, Fred Upton of Michigan, and Brian Fitzpatrick of Pennsylvania.

The pro-abortion measure, passed just three weeks after the U.S. Supreme Court rolled back the federal “right to abortion” established in Roe v. Wade (1973), would also “protect women who travel to a different state to receive an abortion if the state they are residing in” has outlawed abortion, the Hill noted.

The bill would additionally make it illegal for abortion clinics in pro-abortion states to refuse to abort the unborn babies women who have traveled from outside the state, and provide protections for people who help women travel out of state for abortion.

According to the language of the legislation, individuals may bring suit if a pro-life measure restricting abortion drugs or abortion-related travel has caused “emotional pain and suffering” or “economic losses.”

The Ensuring Access to Abortion act wasn’t the only radically pro-abortion measure advanced by Democrats on Friday.

The WHPA, which had failed in the Senate in May, would essentially codify Roe v. Wade by creating a federal “right” to abortion. It would also curtail a swath of pro-life measures like mandatory ultrasounds, waiting periods, and informed-consent requirements.

“I applaud members in the House for passing the Women’s Health Protection Act and Ensuring Access to Abortion Act,” she wrote, adding that “We must keep fighting to codify Roe into law and ensure women’s access to health care.”

Texas Republican Rep. Chip Roy told The Daily Wire on Friday that “Democrats are once again doubling down on their efforts to nationally enshrine abortion at the expense of democratically passed state laws, our Constitutional order, and the natural, pre-political right to one’s own life.”

According to Roy, this “aggressive action” is meant to “appease the most radical, profit-driven elements of the abortion industry.”

The legislative proposal to codify Roe v. Wade is expected to fail in the Senate. The Ensuring Access to Abortion Act is also likely to face stiff opposition from Senate Republicans.