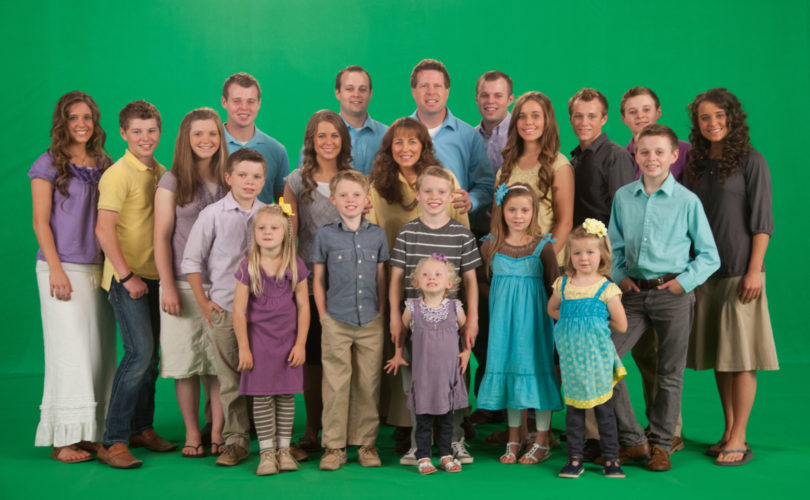 Two months after TLC suspended “19 Kids and Counting”, the network has formally canceled its biggest show. “TLC and the Duggar family have decided to not move forward with '19 Kids and Counting,'” the channel told The Associated Press. “The show will no longer appear on the air.”

According to the Duggars, there are no hard feelings. “Years ago, when we were asked to film our first one hour documentary about the logistics of raising 14 children, we felt that it was an opportunity to share with the world that children are a blessing and a gift from God,” the family said in a statement.

“We are so thankful for our film crew that has shown up at our house for over a decade. They have become like family to us. They have invested their time and energy into our lives and have been so loving and patient. We love and appreciate them so much!”

America's biggest TV family faced public criticism earlier this year, when it was revealed that eldest child Josh had molested several girls, including a babysitter and four of his sisters, as a young teenager. Josh immediately resigned as executive director of FRC Action, a branch of the Family Research Council.

Jim Bob and Michelle said their son had received professional counseling and “was a changed person,” while the daughters themselves stated that the family had long ago dealt with and put the issue behind them. However, many in the media criticized the parents for their handling of the situation and had called for the show's cancellation.

While “19 Kids and Counting” is gone, a TLC spokesperson told the Associated Press that two of the sisters molested by Josh, Jill and Jessa, will be in a documentary on child molestation later this year. The Duggars said, “We look forward to working with TLC on this upcoming special documentary and hope that it is an encouragement to many.”

“It is our prayer that the painful situation our family went through many years ago can point people toward faith in God and help others who also have lived through similar dark situations to find help, hope and healing, as well.”

The Duggar sisters who will be in the documentary have already spoken publicly about the molestation they endured. They said that their brother’s actions were wrong, but they forgave him. They also strongly criticized the media’s portrayal of the situation.

Duggar sisters: Josh is not a pedophile, system ‘failed’ by releasing his records