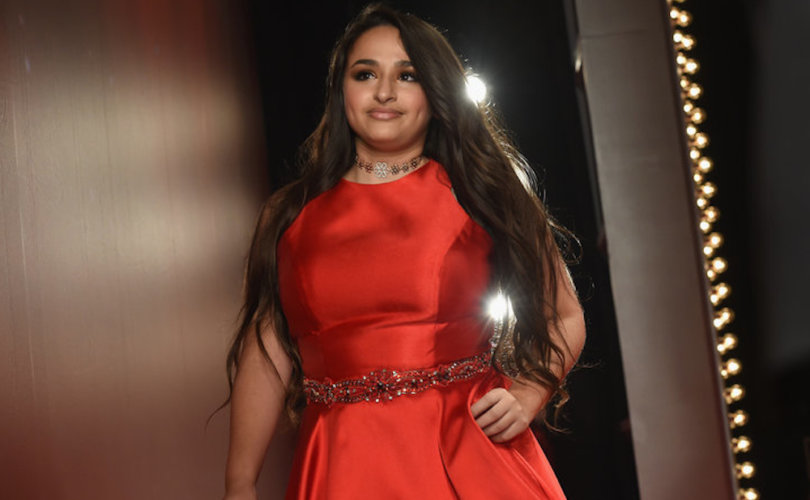 SILVER SPRING, Maryland, November 16, 2017 (LifeSiteNews) — “Jill and Jessa: Counting On” reality show star Derick Dillard has been blacklisted by The Learning Channel (TLC) because of his views on transgenderism.

TLC explained the network has cut off Dillard because of his critical analysis of Jared “Jazz” Jennings’ sex “change.” Dillard is married to Jill Duggar, whose family starred in the “19 Kids and Counting” reality show.

“We want to let our viewers know that Derick Dillard has not participated in ‘Counting On’ for months and the network has no plans to feature him in the future,” the network said in a statement. “We want to reiterate that Derick’s personal statements do not reflect the views of the network.”

In early August, Dillard commented on a promo tweet for the TLC show “I Am Jazz” by pointing out that show’s famous transgender star is actually male.

What an oxymoron… a “reality” show which follows a non-reality.  “Transgender” is a myth. Gender is not fluid; it's ordained by God. https://t.co/YxzH5o5Ujx

Dillard received a barrage of social media criticism, questioning and ridiculing his faith in Christ.

The next day, Jennings tweeted that Dillard is a “bully.” “Every day I experience cyber-bullying, but I keep sharing my story. Today was no different,” the transgender TV star wrote.

Jennings told a TV interviewer, “I am a teenage girl … I’m also transgender, and I’m proud of that.”

Later, the Christian father of two clarified that he meant to criticize delusional ideas being presented as reality and promoted to vulnerable children, and did not mean to attack Jared personally. “I want to be clear.  I have nothing against him,” Dillard wrote. “I only have issues with the words and definitions being propagated here.”

At the time, TLC distanced itself from its reality star, tweeting, “Derick Dillard’s personal statement does not represent the views of TLC.”

Last week, the controversy resurfaced. Called out by a fellow social media user for tweets that “come off as hateful,” Dillard replied:

I pity Jazz, 4 those who take advantage of him in order 2 promote their agenda, including the parents who allow these kinds of decisions 2 be made by a child. It’s sad that ppl would use a juvenile this way. Again, nothing against him, just unfortunate what’s on tv these days.

When the same woman indicted Dillard was “a hateful person” who has “absolutely no respect for anyone who is not just like you,” Dillard responded:

I think it’s important to have a mature discussion. I am just expressing my concerns, as a Christian. The beauty of the world is that everybody is not like me.

The same person (“shelbey”) snapped back at Dillard with critical tweets accusing him of bullying, and castigating him for using male pronouns in reference to Jared.

Never bullied anyone, just said I️ didn’t agree with what is being propagated on tv.
I’m expressing my view of what should be treated as reality; if I️ say I feel like I am Nepali, that doesn’t make me so.

Dillard reiterated, “Jazz is being taken advantage of, as part of a larger agenda. I really have nothing against the kid and wish him all the best in life. I just hate seeing him used this way.”

The media characterized Dillard’s tweet as a “transphobic rant.”

“Shelbey” responded that she was particularly upset because Jennings is still a child while never acknowledging the fact that Jennings’ age is what prompted Dillard’s concern.

Dillard responded by noting Jared’s young age makes his transgenderism all the more tragic for him and grievously irresponsible for his parents. “Has anyone looked into whether a child is capable of making that kind of decision,” Dillard tweeted. “We can’t vote til we’re 18; our brains aren’t fully developed til around 25.”

Two days after this second extended exchange, TLC responded with its statement disassociating the network with Dillard.

For his part, Jennings has put criticism behind him by tuning out Dillard’s views. “In the face of constant ignorance and hatred I prefer to disregard negative opinions and continue moving forward with love,” the reality star posted.

This is not the first go-round with controversy for the Duggars’ Christian conservatism. In 2014, Dillard’s mother-in-law, Michelle Duggar, publicly opposed a transgender bill in Arkansas.