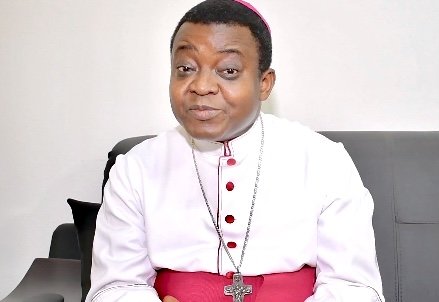 (LifeSiteNews) — Togo is facing stringent new COVID-19 restrictions since the sanitary state of emergency was extended for one year on September 9 after an alleged increase in SARS-CoV-2 “cases” putting a strain on hospitals.

As a result, on September 17, places of worship, culture and leisure as well as bars and restaurants were closed, public gatherings were banned for one month, and a sanitary pass was introduced that requires proof of at least one dose of the COVID vaccine in order to gain access to all public service buildings.

The overwhelming majority of the 8.5 million inhabitants of the small West African state have not received the vaccine to date: 1 million doses have been distributed and a scant 5 percent of the total population has received “complete” vaccination, according to the Financial Times. Local authorities say 9 percent of adults received two doses, and 13 percent received one dose.

Public universities also require proof of at least one vaccination of their students, with the exception of those who are under 18.

The Catholic Bishops’ Conference of Togo reacted angrily to church closures, accusing the Togolese government of trampling on citizens’ religious rights. They also firmly condemned the vaccine mandate that is being imposed on the population by making access to essential public services impossible without the jab. After an extraordinary meeting on September 24, they insisted that vaccination must remain a “voluntary” act.

When the state of emergency was prolonged, authorities announced that religious services would be shut down the next day, on September 10. The Catholic Episcopal Conference of Togo (CET) immediately entered into discussions with the government that succeeded in postponing the measure for one week. The bishops underscored that Catholic churches in Togo are “places where preventive measures are mostly respected compared to other places that are not affected by the same measures.”

The bishop of Dapaong told the press that contrary to claims on the part of a government minister, churches and mosques were not closed because their leaders opposed mandatory vaccination. According to “La Croix International,” Bishop Dominique Guigbile said that the government had instead invited the religious authorities to a meeting where “they were told that places of worship must be closed or that access must be made subject to the presentation of proof of vaccination.”

Guigbile explained that they refused. “Religious leaders, in order to preserve the freedom of citizens with regard to the vaccine, said that they would rather see places of worship closed than require a vaccination card from the faithful to participate in worship,” he said.

All of the bishops of Togo are not opposed to the COVID vaccine on principle. Archbishop Nicodème Barrigah-Bénissan of Lomé, the capital, has encouraged Catholics to get the jab. In August at the funeral of a 30-year-old priest whose death was attributed to COVID, he said, “With great emotion, I urge everyone, insofar as their state of health status does not present any contraindications, to be vaccinated to protect themselves and others, because it is a matter of public health.” He added that some of the victims of COVID are “very young.”

However, the bishops’ conference insisted that getting the jab must be the result of a “personal, free and responsible” decision, quoting the Catechism of the Catholic Church’s article 1782 that states: “Man has the right to act in conscience and in freedom so as personally to make moral decisions.”

In a public statement published last week, the CET put the case against the COVID vaccine mandate in clear prudent terms:

“The delicate subject of vaccination against covid-19 also deserves deep reflection and debate.  Social networks certainly convey a lot of false information about this vaccine. But one cannot, in a responsible way, sweep aside everything that is said about the reliability, the effectiveness, the danger, the side effects and the problem of the conservation of these vaccines, which are mostly in the experimental phase. Hence the questions, the mistrust, the fear and the understandable reluctance of the population to be vaccinated.

“In such a context, is it really appropriate to use pressure and sanctions to force people to be vaccinated? Shouldn’t we rather develop strategies that explain and convince people to make a personal, free and responsible decision? Consequently, aren’t the coercive measures taken by the authorities, such as the ban on access to public and administrative buildings without the vaccination card, the requirement to present proof of vaccination for the submission of files for the establishment of an identity card and for the legalization of documents, etc., serious violations of the basic rights of citizens?”

In the opening paragraphs of their lengthy statement, the bishops of Togo made clear that they do not brush aside popular suspicion regarding the COVID crisis:

“The coronavirus pandemic that has been affecting the whole world for almost two years is undeniably a public health problem that is both very complex and delicate, not only because of the virus and its potential dangers, but also because of the mistrust of a large part of the population that suspects the existence of “unspoken,” “hidden agendas,” “obscure financial interests” and “lobbying of the powerful” to which we must add the “rule of single thought” and the “omnipotence of those in power” in this field.”

Noting that in 1 ½ years Togo has attributed 216 deaths to COVID, the bishops added that other diseases do not get the same attention:

“If the same effort deployed by the government to fight this disease had been shown with regard to other diseases, we would have avoided so many of the situations we deplore today: lack or insufficiency of adequate health structures, appropriate equipment, personnel, quality care, means to consult and pay for care, etc.”

Surely the bishops of Togo are not “COVID skeptics,” and they officially approve all kinds of freedom-restricting measures, as appears in their statement – but not without caveats:

“The strategy to fight the health crisis we are going through must be respectful of the dignity, freedom and fundamental rights of the human person. It must be essentially based on raising awareness, providing accurate information, educating people to respect preventive measures (wearing masks, disinfecting hands, physical distancing), reinforcing natural collective immunity, administering curative care, voluntary and informed vaccination, scientific research, etc.”

“However, in this struggle, we must also raise our eyes to the Lord to implore his help (cf. Ps 122.2), in accordance with the exhortation of St. Augustine of Hippo: ‘Do everything as if it depended on you, but expecting everything from God’ because it is not by his intelligence and know-how alone that man will overcome this pandemic. We must also count on the help of God. His part in this fight is invaluable and irreplaceable. Indeed, the popular adage is well known: ‘the doctor takes care of you, but it is God who heals.’”

They also once again deplored the closing of churches:

“Therefore, the systematic closure of places of worship used as one of the means to fight against the transmission of the virus, is an exclusively biomedical approach of the pandemic that ignores its psychological, anthropological, social and spiritual reality. Places of worship, especially those of the Catholic Church, are places where prevention measures are mostly respected compared to other places that are not affected by the same measures. Prayer gatherings are also occasions, places and times that are conducive to raising awareness and educating the faithful on what to do. Was the contribution of religious authorities sufficiently taken into account in the decision to close these places? All indications are that it was not. Haven’t places of worship (the house of God) always served as shelters in case of disasters or dangers of any kind?”

The bishops of Togo did not address the moral issues attached to many of the COVID-19 vaccines. AstraZeneca, Pfizer and Johnson & Johnson have been widely used in the country. However, one of the four existing Chinese vaccines, Sinovac, a “traditional” vaccine that was not tested on abortion-tainted fetal cell lines, is also available in Togo, but this was not underscored by the CET.

The average number of deaths has not exceeded two per day over seven days since the first COVID victim in Togo on April 29, 2020; the total number of deaths was 229 on October 1. The population in Togo is very young: 40 percent are under 15 and the average age is under 20. Life expectancy is about 64 years. COVID is mostly harmless for people under 50, and most COVID deaths (or deaths attributed to COVID) occur in patients with at least one serious comorbidity.