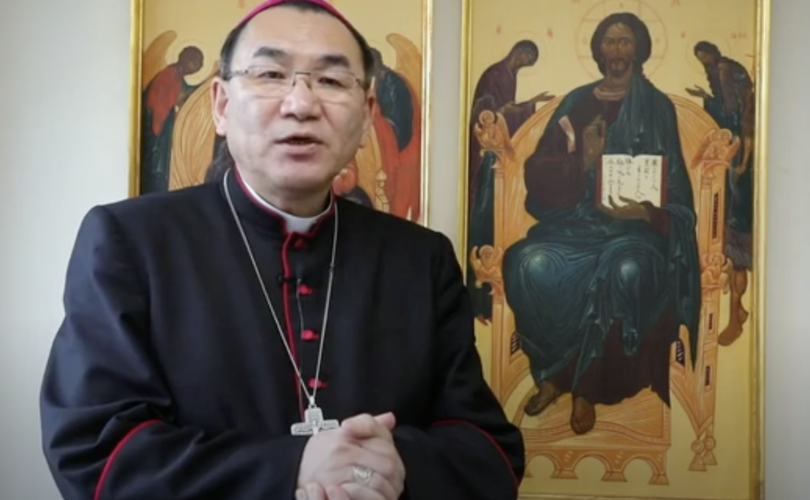 TOKYO, Japan, July 14, 2021 (LifeSiteNews) – With the postponed 2020 Olympics due to begin in Tokyo on July 23, the city’s Catholic prelate, Archbishop Tarcisio Isao Kikuchi, has asked all Catholics arriving to Tokyo to “refrain from visiting churches,” in an attempt to reduce COVID-19 transmission.

Archbishop Kikuchi issued the directive on July 12, in light of the Japanese government’s declaration of yet another “state of emergency” due to COVID-19, which is in place from July 12 through August 22. The Olympics themselves run from July 23 through August 8, with the Paralympics held from August 24 through September 5.

The Tokyo metropolitan area is included in the restricted zone, which is where a large number of the Olympic events will also be held.

Spectators at the games have already been largely banned, although stadiums in the more distant regions of Fukushima, Miyagi and Shizuoka will be allowed up to 50 percent capacity and up to 10,000 people watching the events.

The archbishop stated that while these measures had been implemented by the civil authorities, the Church wished to take extra precautions. The “gathering of the athletes and their support staff coming from all over the world raises concerns about causing further increase in number of coronavirus cases,” he stated.

Although the Tokyo archdiocese had been planning how to “address the spiritual needs” of those who would have been coming to the Olympics, Archbishop Kikuchi now revealed that “we have decided to cancel all plans and thus, will not take any special involvement in the Olympics and Paralympics.”

He also issued a blanket preventive ban on any Catholics from visiting churches whilst in Tokyo: “In addition, all those who will be coming to the Tokyo Metropolitan area during this period will be provided with information concerning the precautionary measures implemented against COVID-19 infection in the parishes and will be requested to refrain from visiting churches.”

“Let us keep in mind that it is an important duty for us to protect not only our own lives but also to protect all those who have received God’s gift of life,” added the archbishop.

Such a recommendation by a Catholic prelate for Catholics to avoid availing of the sacraments has become more common since the emergence of COVID-19 related restrictions. Indeed, the faithful in the Archdiocese of Tokyo are still dispensed from their obligation to attend Sunday Mass.

As part of the current measures in place in Catholic churches in the diocese at this time, physical distancing and limits on the size of the congregation would be enforced. Parishioners are told to only attend Mass in their area.

In addition, the Church will maintain attendance records, should they be required by the civil authorities with reference to a potential increase in COVID-19 infections. Mask wearing is demanded, and parishioners are asked to refrain from singing or responding together.

Holy Communion is directed to be received on the hand, with hand sanitisation occurring before and after, although for those wishing to avail of their right to receive on the tongue, they are instructed to “consult the parish priest beforehand.”

Meanwhile, figures for the presence of COVID-19 in Tokyo as of July 14 reveal that there are 2,023 people in hospital with the virus, with 54 patients having “severe symptoms.” A total of 2,262 people have died with COVID-19 since the public emergence of the virus early in 2020.

The cumulative total of people who have tested “positive” for the virus since its emergence in Tokyo is 184,119, of which 174,993 people have either been discharged from a hospital or recovered.