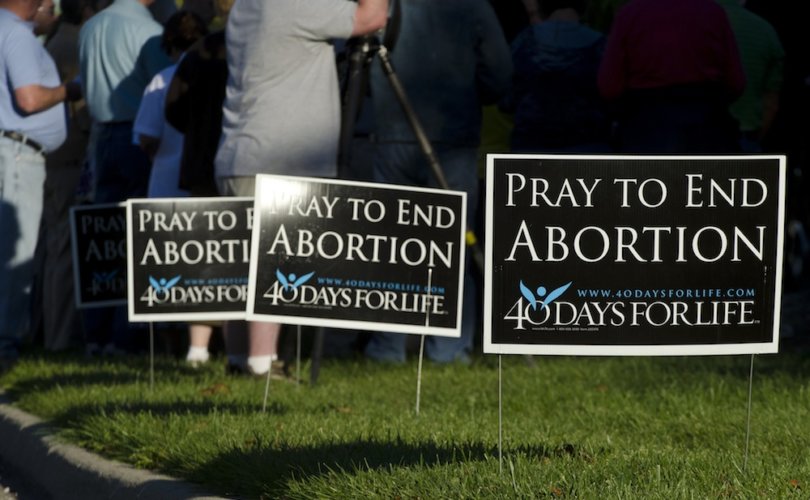 The Capital Care Network (CCN) abortion center had admitting privileges at a local hospital, the University of Toledo Hospital, but their agreement expired July 31, 2013, and the hospital declined to renew it. Ohio state law requires that abortion facilities have such agreements in order to be able to provide continuity of care should a woman be harmed during an abortion.

In January 2014, the University of Michigan Hospital in Ann Arbor agreed to extend admitting privileges to the CCN abortionist, but a legal battle ensued over whether the out-of-state hospital 50 miles from Toledo counted as “local.”

On August 12, 2014, the Ohio Department of Health ordered CCN to shut down. The facility appealed the order. Last summer, Lucas County Common Pleas Judge Myron Duhart ruled the law unconstitutional and that the facility could stay open. The July 2016 ruling from an appellate court upheld the lower court’s ruling, making it a second victory for the abortion center.

“Yet again, an activist court has subverted the will of the people by deciding to hold abortion facilities to lower standards than the traditional medical community,” Ohio Right to Life Director of Communications Katherine Franklin told LifeSiteNews via email. “It is appalling that today's courts and the abortion industry remain so resistant and hostile to higher standards of care for a reproductive surgery that only women are having. In any other circumstance, there would be an outcry that women are being sent out of state for critical emergency care. This decision is an utter loss for the women and children of Toledo, and Ohio Right to Life urges pro-life Attorney General Mike DeWine to appeal it.”

In June, the U.S. Supreme Court struck down a Texas pro-life law similar to Ohio’s.  It required abortionists to have hospital admitting privileges and held abortion facilities to higher health and safety standards.

In 2011, a safety inspection of CCN revealed a number of health and sanitation deficiencies, such as failure to maintain proper Infection Control Policies, dusty and soiled ceiling fan blades in abortion rooms, dirty carpet and walls, no policy and procedures on cleaning between patient cases, no procedure noted for cleaning the abortion procedure rooms at the end of a surgical day, failure to meet minimum requirements of having two nurses on staff during hours of patient procedures, lack of backup power for surgical rooms and recovery areas, and an inadequate oxygen supply.