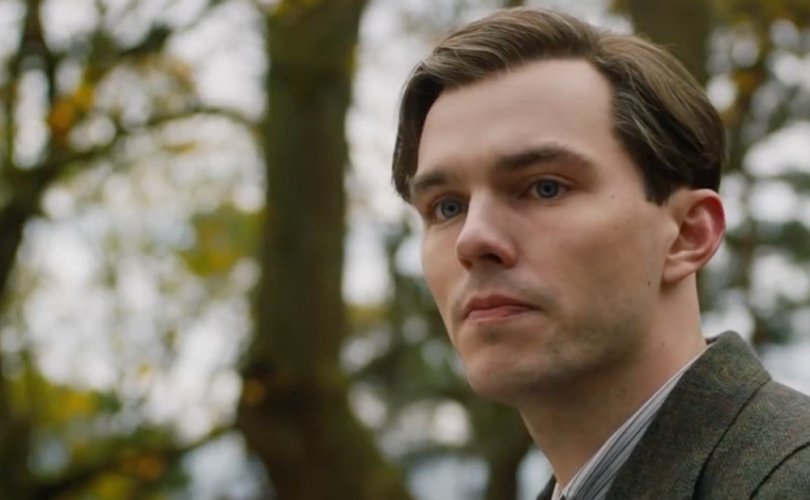 March 29, 2019 (LifeSiteNews) – Joseph Pearce, a scholar who has written extensively on literature, history, and religion, is warning viewers against ‘Tolkien,’ an upcoming biographical movie that he worries will pervert the memory of J.R.R. Tolkien, the Catholic author of the beloved Lord of the Rings books.

In an exclusive interview with LifeSiteNews, Pearce admitted that he has not seen the unreleased film. But the antecedents in the works by screenwriters David Gleeson and Stephen Beresford persuaded him to fear how the real-life Tolkien will fare in their hands. Pearce told LifeSiteNews that he does not want Christian parents to be disappointed or shocked by what he fears will be depicted in the forthcoming film about the acclaimed author of fantasy novels.

“I don’t want Christian families who take their kids to the movie to be shocked by a homosexual kiss, or something like that,” Pearce said, “and that’s why I’m issuing the warning.”  He added, “I don’t want innocent parents taking innocents kids to be slimed by the experience and perhaps scarred for life.”

Noting that previews show nothing of Tolkien’s sincere Catholic faith, Pearce said he felt suspicious of the coming film. “We have reason to be suspicious of modern film adaptations of anything Catholic, so it is better that we do some research.” The track-record of screenwriters Gleeson and Beresford, said Pearce, shows a “militant homosexual agenda and even the overt boast of one of them that they take things in order to subvert them.”

Pearce wrote at The Imaginative Conservative, “The film, which is due for release in May, will claim to show Tolkien’s early years but will, I fear, show only a perverted and distorted version of the truth, weaving lies in a manner of which Wormtongue himself would be proud.”

Wormtongue is the loathsome character in Lord of the Rings who, according to Pearce, “poisons the ear of King Theoden with lies and distortions, preaching defeatism and teaching the heart of his noble lord to despair.” Fearing that the fictional Wormtongue is plotting revenge, Pearce wrote that he fears that the evil counselor is whispering to the makers of the new film, who purport to depict Tolkien’s years as a child and young adult. Tolkien’s deep Christianity would enliven his decades-long marriage to Edith Bratt, wrote Pearce, and color his books.

In the interview, Pearce said that Tolkien lost both parents by the time he reached 12 years of age. Ever afterward, Tolkien remained convinced, Peace said, that his mother had died because of the persecution she suffered following her reception into the Catholic Church. Pearce said that Tolkien wrote, before being called to the front in World War One, that “his own passionate adherence to the Faith” was largely due to his mother’s sacrifices.

Another figure that shaped Tolkien’s life was Fr. Francis Morgan — a Catholic priest of the Birmingham Oratory — who became guardian of the Tolkien boys upon the death of their mother.  Even though Tolkien would credit the priest for being “more than most real fathers,” their relationship was strained when Fr. Morgan forbade the young Tolkien from marrying Edith Bratt until his charge had reached the age of 21. In the interview with LifeSiteNews, Pearce said that he fears that the movie version of Tolkien’s life may even depict the priest as a ”horrible, repressed, closeted homosexual” attracted to Tolkien.

Pearce also said that screenwriters Gleeson and Beresford might even suggest a homosexual attraction between Tolkien and his batman: a valet who served Tolkien during the latter’s service as an officer in the British army during the First World War. Peace said that Tolkien “was beautifully naive and innocent” in descriptions of his close friendship with the young man who served him during the war and later served as the model for the character Samwise Gamgee in his novels.

While some have attempted to impose a homoerotic relationship between the fictional Samwise Gamgee and Frodo Baggins in Lord of the Rings, which bears the imprint of the real Tolkien’s harrowing experiences of war, Pearce said in the interview, “I’ve taught literature for years and saying that we have to read literature objectively, and not subjectively. We have to put our own pride and prejudice to one side and see the work as far as possible through the eyes of the author.”