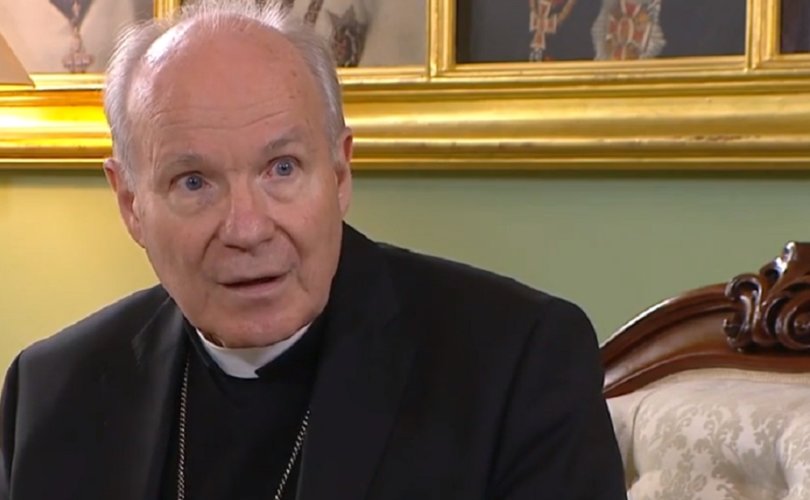 VIENNA (LifeSiteNews) — Cardinal Christoph Schönborn of Vienna has sacked the chaplain of the Austrian police forces for publicly voicing his opposition to the recent universal vaccine mandate imposed by the Austrian government.

The police chaplain was made aware of his dismissal on Wednesday in a letter written by Schönborn who is known for his liberal and pro-LGBT views.

A copy of the letter has been circulating on Twitter and was posted by Catholic activist Alexander Tschugguel.

On Wednesday @KardinalWien recalled Deakon Uwe Eglau as police chaplain because he “damages the relationship between church and state.”
Uwe Eglau is an outspoken opponent of the #VaccineMandates.
A bishop must never be the extended arm of the state.#China pic.twitter.com/MwRS8XWqOK

Deacon Uwe Eglau was serving as chaplain for the entire Austrian police force and was one of the signatories of an open letter to Austrian Interior Minister Gerhard Karner, asking him to withdraw plans for universal mandatory vaccination.

Eglau participated in an anti-vaccine-mandate protest and rally which took place on January 15.

On that occasion, the chaplain took to the stage and compared the current political situation in Austria to that of Nazi Germany when he said he was ready to “follow in the footsteps of Franz Jägerstätter,” an Austrian conscientious objector who was executed in 1943 for refusing to fight for Nazi Germany. Pope Benedict XVI beatified him in 2007.

Schönborn explained that the reason for the dismissal was Eglau’s public denunciation of the measures imposed by the Austrian government in response to the COVID crisis.

“Your public statements against the measures taken by the government to fight the coronavirus pandemic in the form of an open letter to the Interior Minister, as well as your public participation in the COVID protest of January 15, mean that your personal opinions could be mistaken for the official position of the Catholic Church, which could damage the relationship of trust that exists between church and state, particularly in the area of ministering to police,” the letter read.

Cardinal Schönborn’s own cathedral in Vienna has been used as a vaccination center since August 2021. Thousands of people received the abortion-tainted jab in a side chapel inside the cathedral.

[UPDATE, Jan. 21, 2022, 3 p.m.] In a comment provided to LifeSiteNews, Deacon Eglau welcomed Tschugguel’s support and explained his incomprehension at the dismissal.

The deacon explained that the purpose of the letter from the group of concerned police officers to the interior minister was to “ask him to intervene against the vaccine mandate and the division within society and police.”

He also said that he has been venerating Blessed Franz Jägerstätter “since long before he was even beatified, and he has been a heavenly help and companion to me to this day.”

“That’s why I don’t understand why this is a problem,” he added. “The saints and blessed are our companions and helpers, after all. The Church is the bride of Christ and of the people of God and not of the state. We’ve been there too many times and too long before.”