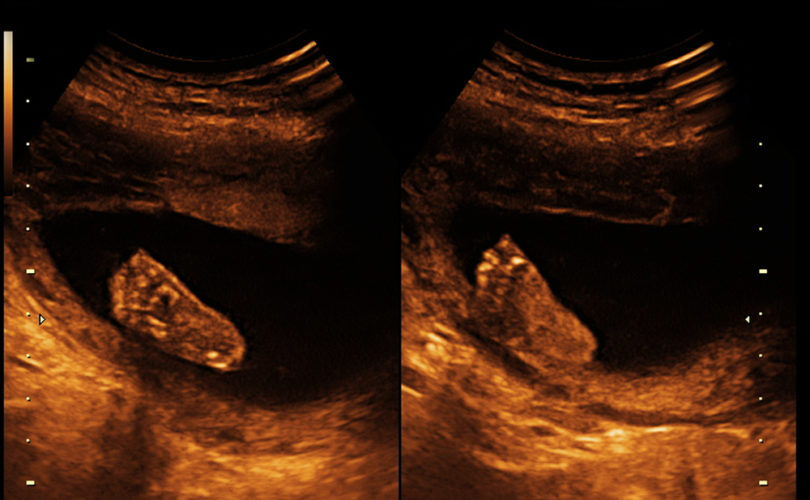 In the U.S. Planned Parenthood is reeling from videos showing top employees negotiating to sell baby body parts, or sifting through aborted baby parts around in a labShutterstock

TORONTO, July 29, 2015 (LifeSiteNews) – Though Planned Parenthood in the United States is reeling from videos showing senior staff selling fetal body parts from its abortion facilities, in Canada the Abortion Rights Coalition (CARC) has responded by blithely encouraging women to donate their own aborted children for research.

“If you ever need an abortion and would like to donate your fetal tissue towards research, here's how,” the Canadian Abortion Rights Coalition posted on its Facebook page on July 23, adding, “Canadian clinics do this too. Everything is handled under strict regulations and ethical guidelines.”

But when asked to confirm if her member organizations were arranging such donations, CARC executive director Joyce Arthur would only tell LifeSiteNews, “I believe it's small scale.” She did not respond to a question of whether fees were charged. “Of course we support fetal tissue donation, many life saving benefits as for any other type of tissue or organ donation.”

Nearby, CARC’s Facebook page provides a link to an American site, Bustle, which argues that donated fetal tissue makes possible many beneficial medical discoveries, like “the development of the rubella and varicella vaccines…research we’d be missing out on without generous donations from patients who terminate their pregnancies.”

Arthur agrees: “Of course we support fetal tissue donation, many life saving benefits as for any other type of tissue or organ donations.”

Arthur also described the pro-life people who posed as buyers of parts and filmed Planned Parenthood staff in the U.S. in marketing mode as “anti-choice operatives…criminals and highly unethical.”

But Jack Fonseca of Campaign Life Coalition disagrees on the benefit and ethics of using tissue from aborted babies in research. “There may have been vaccines developed in the past from aborted fetal tissue, but today, embryonic stem cells are providing zero cures, while adult stem cells are providing many cures, ethically, without killing anyone.” What’s more, argued Fonseca, “it is always wrong to trade in human bodies, to treat human body parts as commodities.”

University of Victoria ethicist Eike-Henner Kluge told LifeSiteNews, “The sale of human tissue is ethically objectionable. It is wrong to commodify human beings and parts of human beings.” Dr. Kluge said that Canada had regulations prohibiting trafficking in fetal tissue, but added, “Nobody enforces those regulations and it’s done all the time.” He said some fetal tissue ends up being used in cosmetics.

Kluge said the charging of service fees to cover the added costs incurred by abortion clinics to preserve and transfer fetal parts was merely “a smokescreen.” The actual added costs to the clinics were “minimal.”

A spokesman for Stericycle Canada, the Toronto-based medical waste disposal firm that has contracts with several provincial health systems, who would not give his name, told LifeSiteNews his firm collected all medical waste in a single stream, disposed of it all in the U.S. and did not separate out fetal parts or try to find markets for them.

Mary Ellen Douglas of Campaign Life Coalition told LifeSiteNews, “I don’t believe anyone in Canada is arranging for the donation of fetuses to researchers. The Abortion Rights Coalition is just blowing smoke. Maybe trying to support Planned Parenthood in the U.S.”

As for Planned Parenthood Toronto, which also serves as headquarters for the Canadian organization, it did not respond to LifeSiteNews' inquiries. However, its entry on the Canadian Revenue Agency’s charity register for the 2013-2014 fiscal year revealed total revenues of $3.2 million, of which $2.7 million came from government, $2.5 million of that from provincial governments and the rest from federal and municipal levels.

“I don’t think they should get a cent from the taxpayer,” said Douglas, “considering what the money is used for.”

Canadian law states, “No person shall buy, sell or otherwise deal in, directly or indirectly, any tissue, body or body part for the purpose of a transplant or for a therapeutic purpose, medical education or scientific research.”