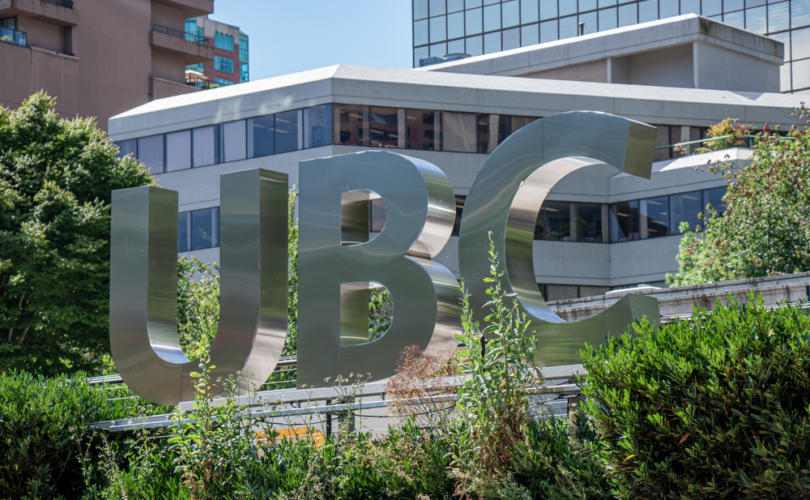 VANCOUVER, British Columbia (LifeSiteNews) — Top doctors in Vancouver have penned a letter telling the University of British Columbia to allow students who refuse to get vaccinated or tested to remain enrolled.

On February 16, the four top doctors at Vancouver Coastal Health wrote a letter to University of British Columbia president Santa Ono to inform him that in light of the recent evidence and information the school should not go ahead with their plan to “de-register” students who have not declared their vaccination status and who refuse to get tested, as it would constitute unscientific discrimination.

“Therefore, there is now no material difference in likelihood that a UBC student or staff member who is vaccinated or unvaccinated may be infected and potentially infectious to others. We also know that Omicron causes less serious illness than other variants of COVID-19, which is particularly true for young people.”

The letter goes on to state that the group of doctors “strongly advise against” the university going forward with their plan of de-registering students who have “not declared their vaccination status nor complied with mandatory testing.”

“Based on the totality of public health evidence, it’s now appropriate to discontinue the testing program for unvaccinated students, staff and faculty; and further, we urge you not proceed with plans to de-register students … Such measures may result in profound negative harms on their future health and well-being, by impacting future educational and career opportunities, and their mental health,” the experts stated.

Confirming the doctors’ thesis, coronavirus vaccine trials have never produced evidence that the vaccines stop infection or transmission. They do not even claim to reduce hospitalization, but the measurement of success is in preventing severe symptoms of COVID-19 disease. Moreover, there is strong evidence that the “vaccinated” are just as likely to carry and transmit the virus as the unvaccinated.

According to a growing body of data, vaccine mandates and passports have been a failed strategy  for tackling COVID, with many opposing the measures not just on scientific grounds but legal and religious grounds as well.

Affirming the doctors on the mental health front, pandemic-era data from Canada’s McMaster Children’s Hospital also shows that suicide rates among young people have tripled since the onset of so-called COVID restrictions, with substantial increases in both drug overdoses and alcohol abuse also being recorded by official Canadian government statistics.

The push to vaccinate the majority of the world’s population in order to prevent serious disease for those who are not at risk to begin with – the CDC reports an infection survival rate of greater than 99.95% for those under age 50 — adds to the skepticism surrounding the increased push for COVID shots, and now boosters. Meanwhile, the list of FDA-recognized adverse events has grown from severe anaphylactic reactions to include fatal thrombotic events, the inflammatory heart condition myocarditis, and neurologically disabling disease like Guillain Barré Syndrome, as well as thousands of recorded deaths and permanent disabilities.