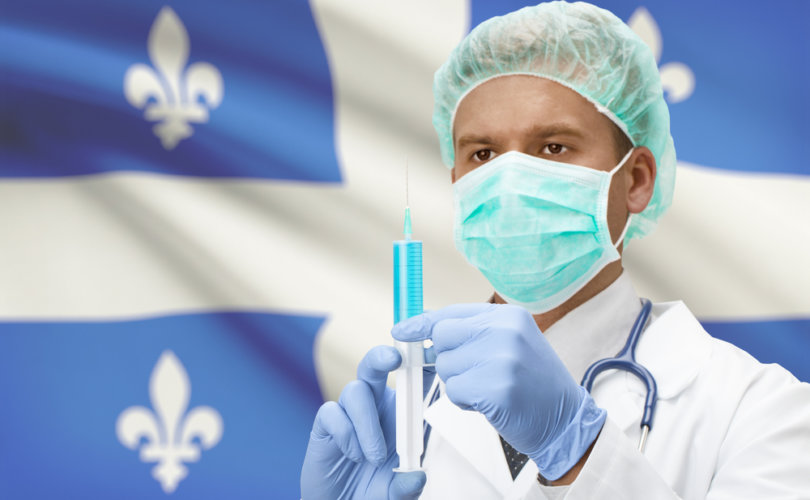 (LifeSiteNews) — The Justice Centre for Constitutional Freedoms released a report ranking Canadian provinces from worst to best based on Charter rights violations during the so-called COVID pandemic.

In a report titled “Who had the worst bunk in Canada’s locked down barracks?” the JCCF, one of Canada’s top constitutional legal groups, ranked the provinces based on how egregiously they each violated the Canadian Charter of Rights and Freedoms. The report was released tongue-and-cheek in April to coincide with the 40th year anniversary of the document.

While the JCCF ranked the provinces from worst to best, the legal group states unequivocally that all provinces are guilty of Charter violations, as they all imposed vaccine passports, mandatory masking, and lockdown measures.

According to the JCCF, Quebec has the “honor” of taking the top spot as the worst violator of the Charter during the past two years.

Quebec was the only province in Canada to implement a curfew during its lockdowns, prohibiting citizens from leaving their homes after certain hours of the night.

Quebec was also the only province to attempt to punish the unvaccinated financially by proposing a “health tax” on those who chose to remain vaccine-free. While the policy was ultimately axed before its rollout, the JCCF still maintains that Quebec was “easily” the worst violator of freedoms.

B.C. came in second in the JCCF report, particularly because B.C. violated the integral right to freedom of religion more than any other province by closing churches for a whopping 14 months during the “pandemic.” Moreover, B.C. was the only province to enforce a travel ban between health jurisdictions within the province, using the national police force to ticket and turn back travelers.

Manitoba came in third by a small margin compared with British Columbia, with many of the same violations surrounding the lengthy closure of places of worship. Manitoba also shuttered their provincial borders to “non-essential travel” for a brief period of time.

Calling Ontario the “average” COVID experience for Canadians, the nation’s most populous province comes in fourth. Standing out from the crowd, Ontario closed schools longer than any other province.

Premier Doug Ford also at one point announced an order to allow police officers to indiscriminately pull over drivers to see if they had a “legitimate” reason to be out of their homes, but the order was ultimately squashed before it was implemented after massive pushback by the public.

Grouped together in the “Atlantic Bubble,” the JCCF says that while the travel ban to enter the maritime provinces from the more western provinces was a “gross violation” of Charter rights, those within the province did experience less infringement from government on a daily basis, particularly due to a lack of “self-isolation” rules when traveling within the east coast “bubble.”

While echoing much of the same policies as the rest of Canada, Alberta and its neighboring province of Saskatchewan seemed “less committed to lockdowns,” says the JCCF.

Saskatchewan edges out Alberta in the JCCF’s report, as Saskatchewan did not grow a reputation for continually jailing pastors.

“Saskatchewan may thus be called the ‘best’ bunk in the locked-down Canadian barracks during Covid. But to be deemed such is nothing to celebrate,” the group of lawyers concluded.