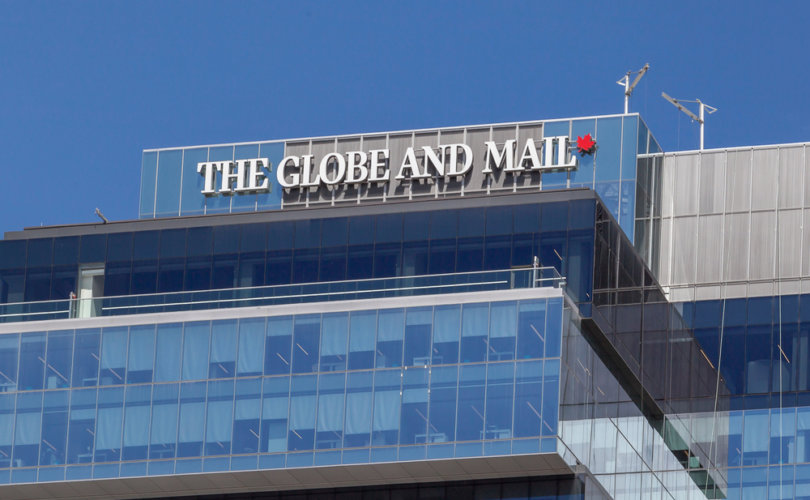 (LifeSiteNews) – The Globe and Mail, one of Canada’s longest running newspapers, published a job-posting for the paper reserved for fully vaccinated applicants.

The job-posting, which was released July 15, stated that the paper was looking to hire a “full-time… Ottawa Bureau reporter.”

Listed under qualifications and salary information regarding the position was the paper’s vaccination policy.

While vaccine-free journalists could in theory apply for the job, the policy states: “All offers of employment with The Globe and Mail are conditional upon the candidate being Fully Vaccinated.”

In addition, all Globe and Mail hires must “prove they are Fully Vaccinated… by emailing a copy of their vaccine dose administration receipt(s) to Human Resources prior to their start date.”

If a potential employee fails to provide proof of vaccinated, then the position will be revoked.

The posting does give lip-service to possible exemptions “based on one or more of the protected grounds in the Human Rights Code,” although does not stipulate what those might be in the posting itself.

The posting also stated that the paper is “dedicated to diversity and inclusion in the workplace,” although it is not clear how unvaccinated Canadians would be included at the Globe and Mail.

The legacy paper has received millions of dollars in subsidies from Prime Minister Trudeau’s Liberal government. In 2019 the outfit received over two million dollars in untendered contracts and in 2020 asked the federal government for more financial assistance.

Just before last year’s federal election, the Trudeau government dished out over 60 million dollars to media outlets in Canada, but refused to name the recipients.

Last month, Rebel News chief Ezra Levant tweeted his criticisms of a Globe and Mail article that opined that a recession might present a financial positive for “millennials and Gen Z.”

He stated that that the Globe and Mail “wants you to know that the recession and inflation are actually really great for young and poor people.” And he alleged that the paper receives “tens of millions of dollars a year from Trudeau’s bail-out program.”

Thomson’s Globe and Mail receives tens of millions of dollars a year from Trudeau’s newspaper bail-out program. (Both Trudeau and Thomson refuse to disclose the actual sum.) I don’t understand why the Globe is not embracing poverty like they’re advising “young people” to do.