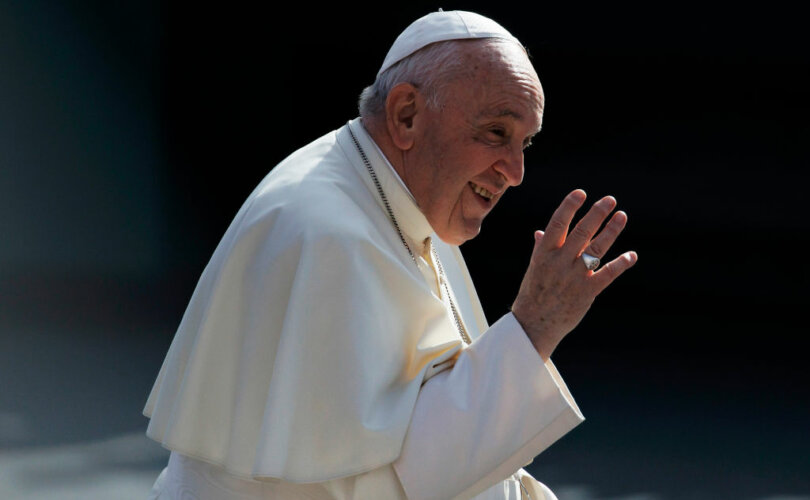 VATICAN CITY (LifeSiteNews) A prominent Catholic doctor has condemned Pope Francis’ most recent appointments of pro-abortion, pro-euthanasia, pro-contraception advocates to the Pontifical Academy for Life in Rome (PAL), declaring that such appointments are “just the opposite of what John Paul II wanted.”

The appointments include pro-abortion atheist Mariana Mazzucato and Father Humberto Miguel Yanez, S.J., who holds that contraception is morally licit under certain circumstances. As LifeSiteNews has reported, “Mazzucato is a self-described ’atheist’ and professor of economics at University College London (UCL). She is a speaker at the WEF – the globalist group behind the socialist, anti-Christian Great Reset agenda – and also enthusiastically pro-abortion, in direct contradiction to the unchangeable teaching of the Catholic Church.”

Castellví drew attention to the fact that the whole purpose of the Academy is to promote and defend the Church’s teaching on the sanctity of life and the beauty of marriage. He pointed out that its founder, St. John Paul II, whose feast day is October 22, “in many ways is also called the Pope of Life and the Family.”

“He created the Pontifical Academy for Life in order to study in depth ways to defend human life and its transmission from conception to natural death,” Castellví said.

Lamenting the difference between the unified defense of life unambiguously upheld by the Academy’s previous faculty and the present split between those faithful to the Church’s teaching and those aggressively trying to undermine and change it, Castellví recalled, “Those were times when, leaving aside legitimate academic or organizational discussions, both its presidents and all its members defended human life as God led them to understand.”

Then, taking a swipe at the PAL’s current president, Archbishop Vincenzo Paglia, whom Pope Francis appointed on August 15, 2016, Castellví highlighted the medical, moral, and doctrinal qualifications that distinguished former presidents of the Academy, qualifications of which Paglia cannot boast.

“There were presidents,” he said, “who knew what DNA was, good obstetrics and the communication of the infallible aspects of doctrine and the laws of nature. Professor Jérôme Lejeune, discoverer of the cause of Trisomy 21 and a defender of the life of the unborn and the dignity of those born with Down syndrome, was the first president.”

Castellví also noted that the position was eminently suitable for laymen with expertise in medicine, family life, and languages. “The presidency of a pontifical academy is a very suitable position for a layman or for a woman. Or is it that we don’t have in the Church a woman who is pleasant to deal with, married, with seven children, with a solid training in medicine, who speaks languages and who can go to Rome frequently? Are we that bad?”

Running with the much-touted Vatican theme of lay inclusion in the life of the Church, Castellví said, “I don’t think it’s good for anyone for women to hold mid-level positions or be named ‘deaconesses. Yes, it’s true that the fact that a competent cleric is appointed president is not a sin nor even close to it. But it is a potentially missed opportunity for a layman or laywoman to do much-needed work with a certain visibility.”

Getting to the most fundamental issue of the sanctity of the life of the unborn, the Catholic doctor affirmed the Church’s teaching against the views of the Academy’s most recent appointees. “Induced abortion,” he declared, “is an offense against God, mothers, children, and medicine. It’s anti-medicine. It can never be accepted or promoted.”

The PAL doubled down on Wednesday in a statement defending the appointment of abortion advocates to the Academy, confirming they had been named directly by Pope Francis, and claiming they contribute to healthy “dialogue.”