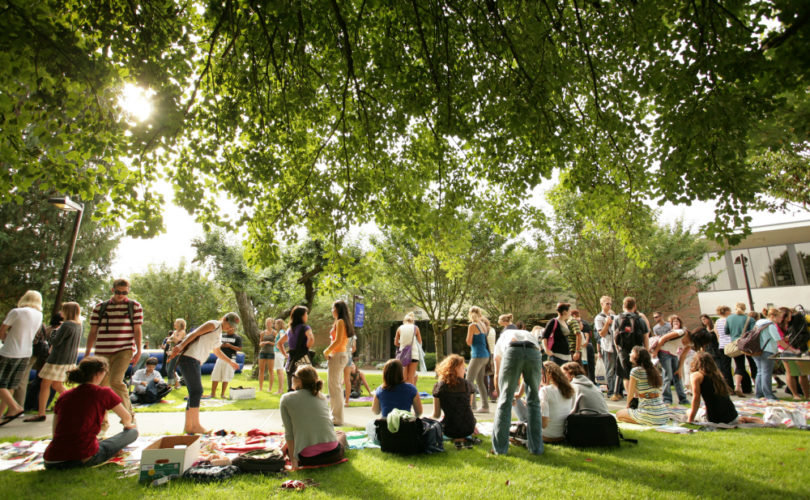 And that’s “a bit unnerving,” says André Schutten, legal counsel for the Association of Reformed Political Action (ARPA) Canada and one of the intervenors in the Trinity Western University (TWU) case.

ARPA was among many groups warning that the Supreme Court’s TWU decision has far-reaching implications for religious freedom.

In two 7-2 decisions, the top court ruled that the law societies of Ontario and British Columbia were justified in refusing to approve TWU’s proposed law school because its Community Covenant not only discriminates against but allegedly harms LGBTQ students.

The private Christian college in Langley, British Columbia, requires students sign a commitment to refrain from, among other things, any sexual activity “that violates the sacredness of marriage between a man and a woman.”

The decision also found the law societies were acting against the public interest to prevent possible harm to LGBT students stemming from the Community Covenant.

“The Covenant is a commitment to enforcing a religiously based code of conduct, not just in respect of one’s own behaviour, but also in respect of other members of the TWU community,” the ruling noted [paras. 96 – 103].

“Attending TWU’s law school would mean that LGBTQ students would have to deny a crucial component of their identity in the most private and personal of spaces for three years in order to receive a legal education,” it contended.

“LGBTQ students enrolled at TWU’s law school may suffer harm to their dignity and self-worth, confidence and self-esteem, and may experience stigmatization and isolation,” it added.

“The refusal to approve the proposed law school means that members of the TWU religious community are not free to impose those religious beliefs on fellow law students, since they have an inequitable impact and can cause significant harm,” the court’s ruling reasoned.

And not approving TWU’s proposed law school “prevents concrete, not abstract, harms to LGBTQ people and to the public in general,” it asserted.

“Frankly, it’s a bit unnerving to read a majority of the Supreme Court say that if you hold to a Christian view of sexuality,” and are “part of a community that holds that, then if there happens to be anyone in that community who identifies gay or lesbian, the fact that you hold that view harms LGBT people,” Schutten said in a video on ARPA’s Facebook.

“That’s problematic particularly for a Christian community where we say no, no, no we love every individual as an image-bearer of God and they’re welcome in our community,” he added.

“But we’re to live according to standard of thankfulness as God sets out in His Word, and we hold each other accountable.”

The ruling contends that the law societies’ denial of accreditation poses minimal hardship for Christians because they “don’t have to go to a Christian law school.”

But it follows this by stating “LGBT people can go to any of the other law schools, but what if they really want to go to TWU? And they now have to deny their identity, apparently, by signing this community covenant, (and) that’s unacceptable.”

The contradiction, Schutten said, “is remarkable.”

The court “justified the law societies’ rejection of Trinity Western University not based on an intelligible legal rule or standard, but based on the undefined, amorphous concepts of ‘Charter values’ and ‘public interest’,” ARPA stated.

The majority ruling “fails to appreciate that the Charter limits the power of state actors – including the law societies – and shields non-state actors, including religious communities and institutions like TWU,” it added.

The ruling is part of a trend with recent court decisions, Schutten said.

“Lawyers, once upon a time, had some sense of certainty of what the law actually is,” he observed.

“Now that’s all out the window. Every big social case from the last 20 years has been completely overturned, gone in the other direction. This is a problem for the rule of law.”

That was echoed by ARPA lawyer John Sikkema.

“If your freedom is going to be limited, it should be very clear (why),” he said. “And in this case the only clarity we get is you’re on the wrong side of today’s sexual mores.”

Friday’s rulings end a legal odyssey that began when TWU applied in 2012 to open a law school but was preemptively challenged by the law societies in British Columbia, Ontario, and Nova Scotia.

They refused to grant accreditation to TWU graduates on the grounds that the Covenant violated Charter equality provisions by discriminating against LGBTQ persons.

TWU fought the ruling in all provinces, arguing the Charter protects its freedom of religion.

It won in Nova Scotia and B.C. but lost in Ontario, when the Ontario Court of Appeal ruled in June 2016 that TWU’s covenant “is deeply discriminatory to the LGBTQ community.”

Both TWU and B.C.’s law society appealed to the top court, which heard the appeals November 30 and December 1.

It’s not clear from Friday’s ruling if TWU will abandon its plans for a law school, but the ruling will prevent graduates of the proposed school from practising law in Ontario and B.C.