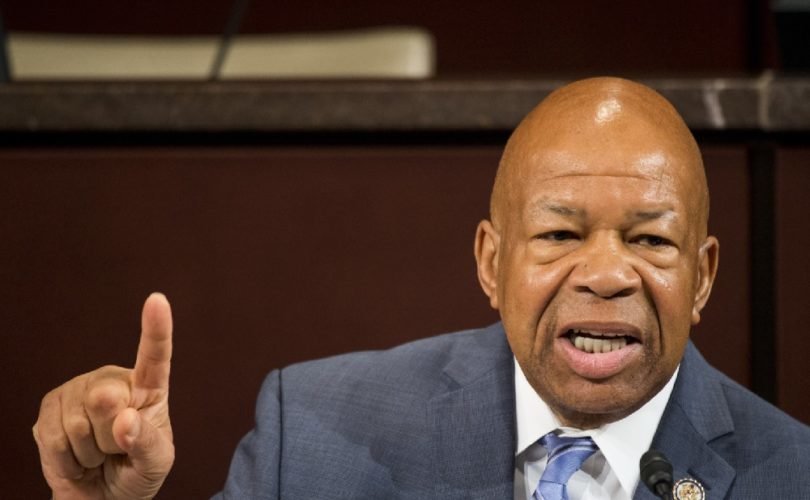 WASHINGTON, D.C., September 30, 2015 (LifeSiteNews) – Republicans are hypocrites for investigating Planned Parenthood instead of Lockheed Martin, big banks, and other corporations, says the top Democrat on the House Oversight and Governor Reform Committee.

However, a leading pro-life attorney told LifeSiteNews that Planned Parenthood “is not a guiltless organization. Time and time again, we see that Planned parenthood has wasted and abused, and even defrauded, taxpayers.”

Specifically, says Alliance Defending Freedom Senior Counsel Casey Mattox, “there have been 45 different audits of Planned Parenthood in nine states, and in every state the auditors have found overbilling by Planned Parenthood.”

“This is something Planned Parenthood would like to ignore, but the reality is Cecile Richards admitted today that they settled a fraud claim where the Obama Justice Department cited them for $4.3 million. And that was just last year.”

The accusation against Republicans came from Rep. Elijah Cummings, D-MD. According to Cummings, the focus of committee chairman Jason Chaffetz, R-UT, on Planned Parenthood CEO Cecile Richards' salary ignores higher salaries among top bank and other corporate CEOs who have admitted to breaking laws and/or have been fined for breaking laws.

Cummings's comments came in a hearing about Planned Parenthood's fetal harvesting practices and its receipt of more than $500 million in federal and state funding. The Maryland Democrat highlighted fines of “millions” against Lockheed Martin and hammered Republicans for not investigating the defense contractor, banks, and drug companies that have been found guilty of violating federal law.

Johnson & Johnson was “fined more than two billion for illegally marketing drugs and for paying kickbacks to doctors and nursing homes,” yet its CEO was paid “$25 million,” said Cummings. He also said that committee Republicans “never sought to deny them funding through Medicaid or to block their NIH grants.”

The CEO of “Lockheed … received a stunning $33 million” in salary despite being fined “millions of dollars for using taxpayer funds to lobby Congress” on a defense contract.

Chaffetz had previously focused much of his attention on Richards's $600,000 salary, as well as other spending by Planned Parenthood on a concert, international abortion advocacy, and so-called “family planning,” and campaign expenditures he said are legally separate from its federal funding but are also “commingled.” This is a common accusation from pro-life advocates, who argue that federal dollars allow Planned Parenthood to use its own money for non-medical uses, such as campaigning.

Mattox says that the committee is doing its job. “The Committee here is Government Reform and Oversight. They are looking at abuse of taxpayer money, and while some corporations may receive some taxpayer money, Planned Parenthood is getting almost half of its money from taxpayers, so it is right and fitting that taxpayers would be specifically concerned about how an organization that the effectively own half of it spending its money.”

Approximately 41 percent of Planned Parenthood's more than one billion dollars in revenue comes from government sources.

In an e-mail to LifeSiteNews, Center for Medical Progress founder David Daleiden said that “the lack of oversight of Planned Parenthood's activities is astounding.”

“Americans want oversight and accountability for Planned Parenthood, the biggest abortion business in American and the recipient of half-a-billion taxpayer dollars every year,” said Daleiden, especially “considering the hundreds of millions of taxpayer dollars at stake and the hundreds of thousands of unborn children killed, and many parted out and sold after[.]”

Rep. Paul Gosar, R-AZ, said in the hearing that Planned Parenthood had “narrowed” its market focus “so it's profiting off death.”

Earlier in the hearing, Cummings accused the GOP of not inviting Daleiden to testify because the majority did not “want to subject him to the difficult and uncomfortable questions.” Chaffetz clarified that Daleiden was not invited because the committee's subpoena of Daleiden's videos is being held up because of an injunction by a court in California.

Cummings did not distinguish between illegal acts by banks and health care organizations – which are often financial in nature – and the deaths caused to unborn children by Planned Parenthood. Additionally, the differences between the financial repercussions of corruption in the banking field and the physical harm contraceptives can cause to women – including death – were not raised by Cummings.