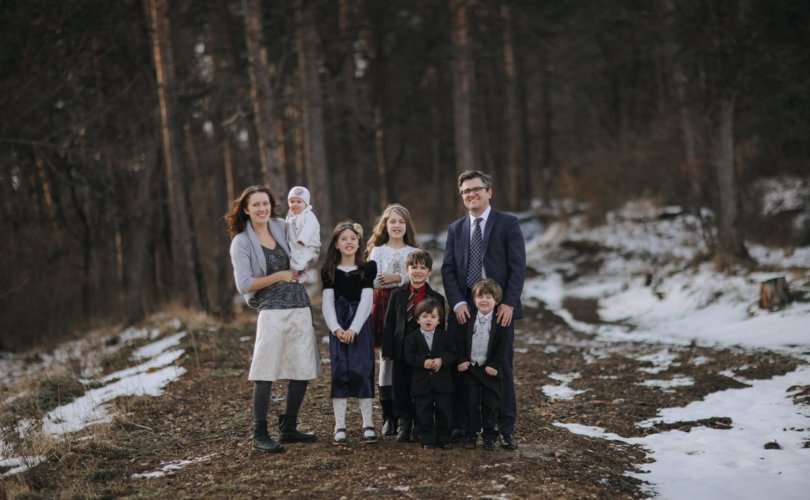 STRASBOURG, France, December 21, 2020 (LifeSiteNews) – The European Court of Human Rights (ECHR) dismissed the legal challenge of a Christian Pentecostal family in Norway whose children were unlawfully seized in 2015 for their Christian beliefs. The decision to throw out the case came after four painstaking years of international litigation.

ADF International recorded that the Bodnariu family filed their case with the ECHR on the basis of a violation by the Norwegian government under Article 8 of the European Convention on Human Rights, which protects “the right to private and family life,” and Article 9, which protects “the family’s freedom of religion.” The Bodnariu family claimed that the lead investigator had “prejudices against the family’s Pentecostal faith” and failed to “properly investigate the matter before taking steps to separate the family.”

A report from the Christian Legal Centre, which documented the plight of the Bodnarius, an immigrant family from Romania, noted that the ECHR dismissed the case “on the basis that the family had not availed themselves of possible domestic remedies for damages” within Norway’s own legal system. The family had been seeking legal help outside of Norway because the Norwegian system had failed them so badly and was the cause of the family’s original separation.

Commenting on the ECHR’s decision, the father of the family, Marius, said, “(D)espite the result, we do not regret bringing this case to the European Court. Our family’s suffering has raised international attention to the abuses of family life happening on a daily basis in Norway because of a broken child welfare system.”

“We are nonetheless disappointed with the outcome,” he added. “We would have never risked the possibility of further separation of our family by seeking damages within the system that so abused our rights. This case was never about money damages. It was about righting the wrong that was done to us.”

In 2015, two of Ruth and Marius Bodnariu’s daughters, Eliana and Naomi, were attending a school in Norway. When the headteacher learned that the girls’ parents disciplined their children using corporal punishment methods such as spanking, the information was forwarded to the Department of Culture, which then involved the state’s Barnevernet (child welfare department). The Barnevernet swiftly took action against the parents because it is illegal in Norway to use corporal punishment on children.

The Barnevernet sent agents to the school to interrogate the girls, at which point it is reported that the girls said they would avoid doing certain things for fear of being punished by spanking or having their ears pulled. That same day, the two girls were apprehended from their school “without prior notification of the family” and taken to an undisclosed location.

Subsequently, Barnevernet agents arrived at the family home and seized the remaining children and their mother, who was taking care of her 9-month-old baby, not on the basis of physical abuse but on charges of “Christian radicalization and indoctrination.”

Although the authorities were holding the children for fear of abuse in the home, no evidence of abuse was found or presented. The testimony of the children was inconsistent, with their uncle, Marius’ brother, pointing out that “you can easily manipulate a child to say something that is not true.” He added that “(t)he law in Norway gives almost total credibility to the child and none to the parent.”

The children themselves seemed to have been placed under pressure to tell authorities what they wanted to hear. They were questioned without supervision or guidance, parental or professional. “During a police interrogation,” the Christian Legal Centre said, “one of the children even asked in her frustration what else did they want her to make up.”

“Norwegian officials continued to repeat the mantra that the children must be believed, even when much of what was said was contradictory or demonstrably false,” they added.

The lead investigator “expresses her own doubts that the children are making up the allegations,” but demonstrated a harsh bias against the family for their values, saying “that they must nonetheless be true because a Christian upbringing is inherently violent.”

The Norwegian authorities went so far as to have the couple's baby undergo both a CT scan and an x-ray, but neither test showed any signs of physical abuse.

The Bodnariu case was one of eight brought before the ECHR involving the Barnevernet’s questionable removal of children from families, as pressure mounts on the Norwegian government to “respect the right of parents to raise their children unless there is evidence of a serious breach of the parents’ duties.”

It took the Bodnarius seven months of legal battles to be reunited with their children. Fearing that they would again face discriminatory action from the Norwegian government, the Bodnarius moved back to their native Romania.

— Article continues below Petition —
SIGN: Join petition calling for a stop to COVID vaccine testing in Europe
Show Petition Text
16493 have signed the petition.
Let's get to 17500!
Thank you for signing this petition!
Add your signature:
Show Petition Text

“Our story must serve as a warning,” Marius noted, “that upholding religious freedom and the legal right of parents to bring up their children in line with their beliefs is fundamental and crucial for any democratic society.”