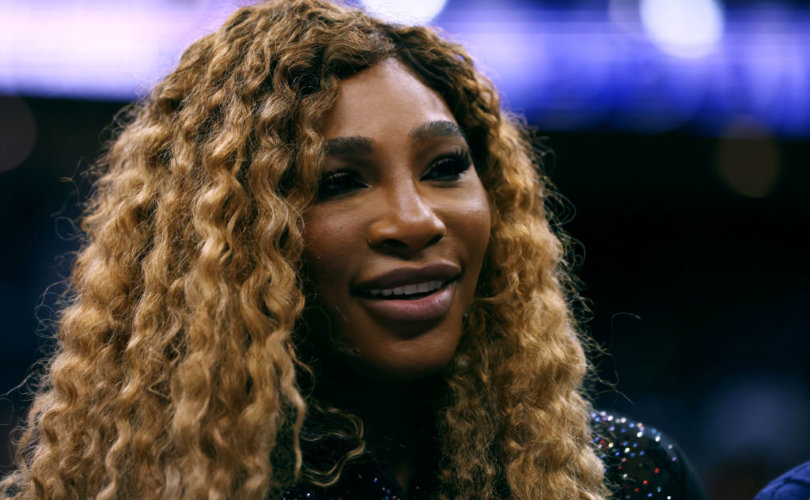 While on the David Letterman Show in 2013, Williams told how Andy Murray, who during that decade was considered one of the “Big Four” players who dominated men’s tennis, “joke[d],” in Williams’ words, about the possibility of playing her in a match.

“I’m like, Andy, seriously, are you kidding me? Because for me, men’s tennis and women’s tennis are completely, almost two separate sports,” Williams told Letterman, in a recording shared on The Dave Rubin Show. “So I’m like, if I were to play Andy Murray, I would lose 6-0, 6-0, in five to six minutes, maybe ten minutes.”

“I love to play women’s tennis, and I only want to play girls, because I don’t want to be embarrassed — I would not do the tour … so Andy, stop it, I’m not gonna let you kill me,” she added.

Rubin described Williams as “admit[ting] what everyone is now afraid to say,” which Rubin summed up as the fact that there are “biological differences between men and women.”

According to Quillette’s sources, studies also confirm that men outperform women, on average, to varying degrees in different sports, with an advantage of 11 percent in swimming, for example, 20 percent in tennis serves, and 52 percent in baseball pitches.

Despite these advantages, biological men are now allowed to compete against women in a wide variety of sports, the unfairness of which has been most recently highlighted by the National Collegiate Athletic Association’s (NCAA) declaration that the biological man “Lia” Thomas was the winner of a women’s swimming competition.

Thomas’ declared win has been denounced even by Bruce “Caitlyn” Jenner, a man who himself had “sex change” surgery in 2017 and is a former gold medal-winning Olympic decathlete.

A commentator noted in response to the Quillette article on biological gender differences, which was written to address the “transgender” athlete controversy: “The fact that you have to write an article proving that men and women are biologically different is in itself a sign of our times. Crazy ideologies have taken over humanity in the past too. Wokism is not the first loony ideology to take down common sense.”

That there is a need for such articles is further evidenced by the fact that acknowledging the biological gender of a “transgender” person can result in a social media suspension or ban, as Rubin pointed out. He referred to the freezing of Tucker Carlson’s account for “hateful conduct,” for pointing out that Assistant Secretary of Health for the Department of Health and Human Services (DHH) Rachel Levine, born “Richard,” is a man.

Highlighting Williams’ insistence that men’s and women’s tennis are almost “completely different sports” and that Andy Murray would flatten her in a match, Rubin remarked, “Is that because she’s a bigot? Is that because Serena Williams is self-hating, or hates women, or something like that? Do you think that’s what it is?”