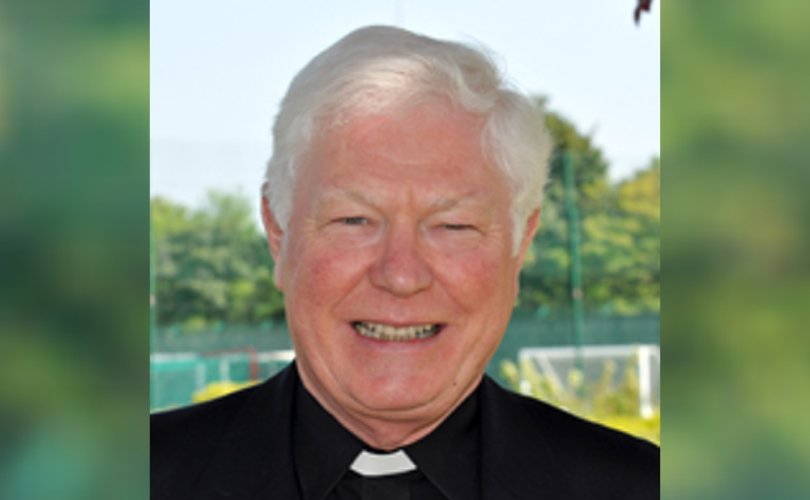 DOUGLAS, Isle of Man, March 6, 2018 (LifeSiteNews) – The highest-ranking Catholic cleric on a small island in the middle of the Irish Sea is responding to a radical new abortion bill by misrepresenting and distorting Catholic teaching on abortion while pouncing on pro-lifers who oppose the bill.

Monsignor John Devine, OBE serves as Dean of the Roman Catholic Church on the Isle of Man, representing the Archdiocese of Liverpool. He recounted in a letter to the island’s Chief Minister published last month in the Isle of Man Examiner how he criticized pro-life advocates from the pulpits of St Mary’s and St Anthony’s churches.

“People who have abortions are not murderers and are not bad people. Similarly, politicians proposing changes to legislation on abortion are not bad people either but individuals attempting to do what is right,” he said in the letter.

“Some of the situations envisaged in the Bill do present a genuine moral dilemma – balancing the life of the mother against the life of the child. None of these decisions are easy,” he said.

“Every abortion,” he said, “is an act of desperation.”

Devine then went on to disparage pro-lifers who show opposition to the bill by using abortion-victim photography, calling them a “lunatic fringe.”

“Attempts to shock the public in the street with explicit material not only reinforces that impression, it also allows those with whom we seek a reasoned and compassionate debate to dismiss our genuine and legitimate concerns,” he said.

“The Catholic church wishes to be supportive of those who find themselves contemplating an abortion whatever decision they take,” said Devine.

The abortion legislation at the heart of this controversy would permit the killing of unborn children up to birth and could lead to the imprisonment of doctors who refuse to perform abortions.

READ: British island with only 83,000 people about to pass one of world’s most extreme abortion bills

Sam Turton writing at Abortion-News.info said that Devine in his letter “distances himself and the church from the more militant stances taken by some objectors.”

Dr. Jules Gomes, columnist for the U.K.’s The Conservative Woman and a pro-life Anglican Vicar, took issue with Devine’s letter.

“It abounds in logical fallacies and moral contradictions. He first derides members of his church and other Christians as the ‘lunatic fringe’ for using images of aborted babies in demonstrations,” he wrote.

“After dismissing the lunatic fringe, he rolls in the hay with the heretic fringe. ‘People who have abortions are not murderers and are not bad people,’ he pontificates. Devine is blissfully ignorant or wilfully lying. For 2,000 years the Catholic Church has called abortion murder,” he added.

Gomes said Devine’s argument “caves in” when he refers to “‘every abortion’ as ‘an act of desperation.’”

“Murder, theft, and child abuse are also ‘acts of desperation.’ In the Monsignor’s world we’d be making provision for murderers, thieves and child abusers,” he said.

Devine’s position on abortion as expressed in his letter is no surprise according to Catholic observers on the island. An investigative report by Church Militant found that Devine “has shunned a host of pro-life organizations” and refused to work with them in the cause of ending abortion. Organizations he has shunned include the Humanity and Equality in Abortion Reform (HEAR), The Society for the Protection of the Unborn Child, Britain's oldest and largest pro-life group, The UK pro-life and crisis pregnancy charity Life, and the Center for Bio-Ethical Reform.

The House of Keys, the lower house of the island’s parliament, voted 22-0 for the abortion bill at Second Reading on January 30. The legislation has now passed to the clauses stage where its provisions will be debated in more detail.

The final vote in the House of Keys is likely to take place this month. If approved, the Bill will then go to the Legislative Council, the island's upper house, which can return the legislation with amendments.