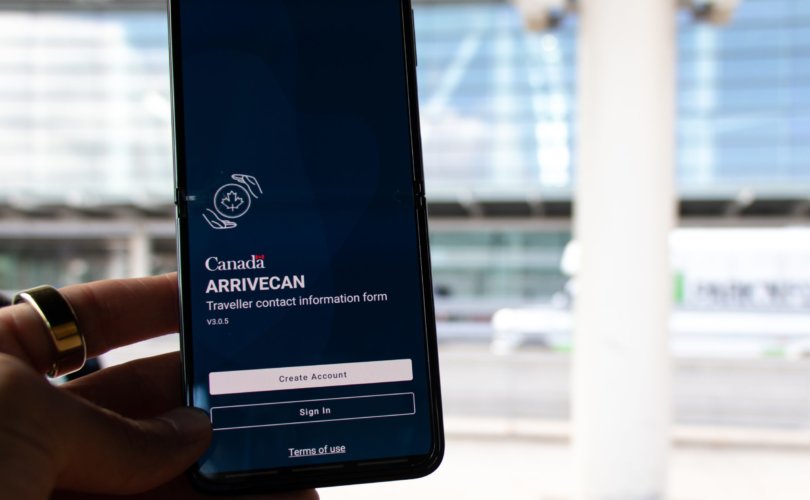 OTTAWA (Justice Centre for Constitutional Freedoms) – The Justice Centre confirmed today that legal action will continue on behalf of 11 applicants who were ordered to quarantine or fined for refusing to use ArriveCAN, even though the federal government announced that all border restrictions would be lifted as of October 1, 2022.

The Government also said ArriveCAN would become optional on the same date.

The legal action seeks to have the mandatory use of ArriveCAN and 14-day quarantine requirements declared as unconstitutional. The Notice of Application has been filed and is awaiting a trial date to be set.

All the Applicants continue to face fines from $5000 up to $10,000, for not complying with the federal government’s Quarantine Act requirements, including the requirement to use ArriveCAN.

ArriveCAN was initially advertised as a pandemic management tool when launched in April 2020 and was touted to speed travelers through border crossings. It became mandatory for air travelers on November 21, 2020, and mandatory for land travelers in February 2021. On October 30, 2021, the Federal Government required all travelers to upload proof of vaccination to ArriveCAN.

The applicants in the legal action have cited serious concerns with privacy surrounding the mandatory use of ArriveCAN and the requirement to disclose personal medical information. ArriveCAN suffered a significant glitch in July 2022, which resulted in 10,000 people ordered to quarantine, despite uploading vaccine certificates. It took the federal government 12 days to inform those affected about the glitch.

As late as August 30, 2022, the Minister of Transport claimed that ArriveCAN improves efficiency, despite its mandatory usage being enacted under emergency orders ostensibly to prevent a public health crisis. The Canadian Border Services Agency (CBSA) stated that significant delays were caused by officers having to troubleshoot issues travelers had with ArriveCAN. In July 2022, Toronto Pearson International Airport was rated the worst airport in the world in terms of delay.

“While we are pleased that these arbitrary measures have been dropped, we will continue to zealously advocate for Canadians who have had their constitutional rights violated by ArriveCAN. Hundreds and possibly thousands of Canadians, including our clients, are still facing charges for not complying with the federal government’s travel requirements,” said Justice Centre lawyer Eva Chipiuk.

“Privacy and mobility rights, specifically the freedom to enter and leave the country, is a hallmark of a free society, and we believe the government has not provided sufficient justification to warrant such an egregious breach of personal medical information.”