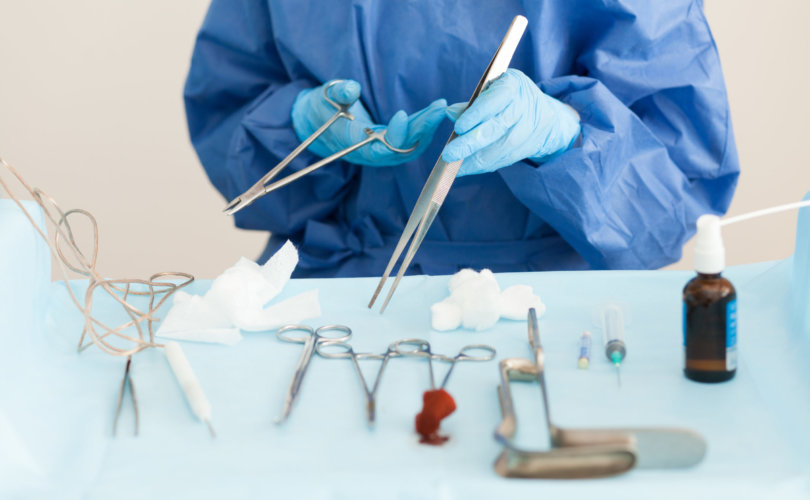 (LifeSiteNews) — The American College of Obstetricians and Gynecologists (ACOG) removed a page from its website that claimed unborn babies do not feel pain prior to viability.

A webpage titled “Facts are Important: Fetal Pain” cited highly-criticized studies that claimed unborn babies do not feel pain until roughly 24 weeks’ gestation. The claim has often been used by pro-abortion activists to justify ghastly late-term dismemberment abortions despite experts warning the studies do not stand up to scrutiny.

Of the two studies cited on the now-deleted webpage, one came under-fire after The New York Times reported that two of the authors had close ties to the abortion industry, a fact that was not disclosed before publication.

The other study, co-authored by Dr. Stuart Derbyshire, was repudiated by Derbyshire himself in 2020 after he discovered that, contrary to his initial findings, unborn babies may be able to feel pain as early as 12 weeks from conception.

Speaking to the Washington Free Beacon, Derbyshire said the “ACOG should approach fetal pain as an open question — a question that is not resolved with any certainty but where there is a reasonable question mark over what a fetus might feel from around 12-18 weeks’ gestation.”

Instead of heeding Derbyshire’s advice, a Free Beacon report from September 2021 details “how the organization [has] used the studies to push for late-term abortions, claiming abortion providers should be able to abort fetuses who do not experience pain.”

The Free Beacon also noted that while the ACOG told them it removed the page because it is updating its abortion information after the potential overturning of Roe v. Wade, the page in question was actually deleted roughly two weeks before the U.S. Supreme Court decision leak.

This is not the first time the ACOG has come under fire for engaging in overt pro-abortion activism in recent months. As reported by LifeSiteNews, in March, the group released a “Guide to Language and Abortion” in which it states that terms like “baby,” “unborn child,” “partial-birth abortion,” “abortion-on-demand,” and references to “dismemberment” should no longer be used in an effort to sanitize the reality of abortion and to avoid “inflammatory” language.

However, it remains true that after the first trimester of a pregnancy, one of the most popular methods used to kill abort an unborn child is a “surgical” dismemberment abortion.

During such procedures, abortionists deploy the use of metal forceps to tear the child apart inside the womb, subsequently utilizing suction devices to clear out the leftover remnants of the child’s body.

Despite the ACOG’s pro-abortion stance, Dr. Ingrid Skrop, an OB-GYN and fellow of the pro-life Charlotte Lozier Institute, told the Free Beacon that most OB-GYN’s do not perform abortions, and the ACOG’s stance on the issue, particularly in regard to late-term abortion, is not representative of the field as a whole.

“ACOG has abandoned the protection of the unborn child and his mother and instead seeks to coerce physicians into an action that violates their conscience, in pursuit of its goals of social engineering,” the doctor said.