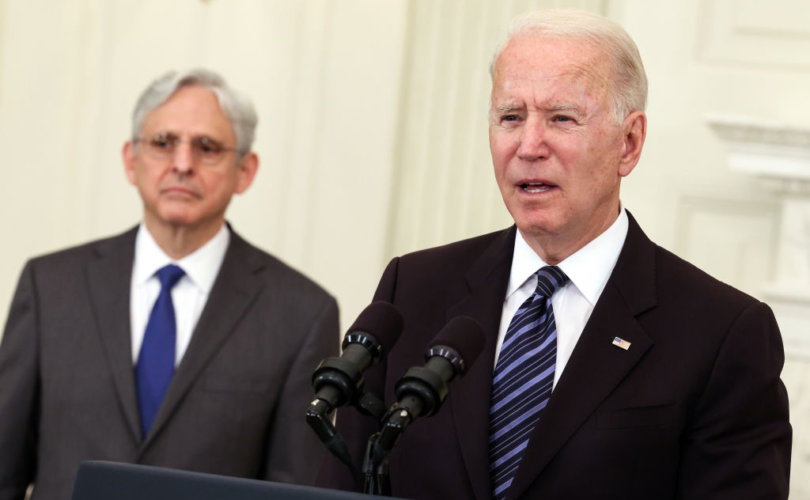 In an October 3 letter first highlighted by prolific “anti-woke” activist Chris Rufo, the three organizations start by requesting investigation of “bomb threats and threats of personal violence against children’s hospitals and physicians across the U.S.” allegedly driven by opposition to surgically or chemically mutilating children under the guise of so-called “gender-affirming care.”

BREAKING: The American Medical Association is asking Big Tech and the Department of Justice to censor, deplatform, investigate, and prosecute journalists who question the orthodoxy of radical gender surgeries for minors, arguing that public criticism is "disinformation." pic.twitter.com/NHv32Zzdu5

But the letter soon reveals that the groups have a much bigger target in mind than criminal acts by fringe actors.

“The attacks are rooted in an intentional campaign of disinformation, where a few high-profile users on social media share false and misleading information targeting individual physicians and hospitals, resulting in a rapid escalation of threats, harassment, and disruption of care across multiple jurisdictions,” it claims. “Our organizations have called on technology companies to do more to prevent this practice on digital platforms, and we now urge your office to take swift action to investigate and prosecute all organizations, individuals, and entities responsible.”

The passage appears to be a reference to conservative pundit Matt Walsh’s recent exposé of Vanderbilt University Medical Center’s child-“transitioning” practices, which videos of VUMC personnel reveal are driven at least as much by profits as they are beliefs.

Following the report, VMUC deleted the transgender clinic’s website, and issued a statement claiming the story “misrepresent[s] facts” and stressing that all procedures were done with parental consent and insisting employees’ conscience rights are respected, but not refuting any of Walsh’s specific details.

Public disapproval of such “treatment” also compelled Oklahoma Children’s Hospital (OCH) to recently announce that the “OU Health Senior Leadership team is proactively planning the ceasing of certain gender medicine services across our facilities and that plan is already under development,” though it did not commit to stopping specific procedures by name.

I was protesting at school boards last year and the DOJ said we were terrorists. Now I'm reporting on hospitals that mutilate children and the DOJ might start investigating us. I'm starting to think the federal government wants to date me.

Conservatives: "They give children puberty blockers, hormones, and gender surgeries."

The regime: "That's harmful disinformation and should be censored, criminalized, and suppressed."

Studies indicate that most children experiencing gender dysphoria outgrow it on their own by late adolescence and that even full “reassignment” surgery often fails to resolve gender-confused individuals’ heightened tendency to engage in self-harm up to and including suicide, by reinforcing their confusion and neglecting the actual root causes of their mental strife.

Under Attorney General Garland and President Joe Biden, the U.S. Justice Department and FBI have established a pattern of pursuing their political enemies under the pretext of combatting “extremism,” from non-violent January 6 defendants to peaceful pro-life activists to parents concerned about education curriculum.