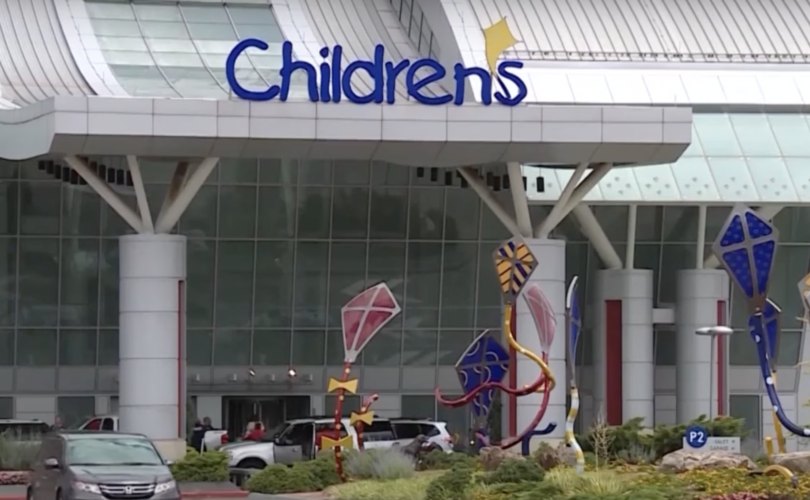 OKLAHOMA CITY (LifeSiteNews) – Oklahoma Children’s Hospital (OCH) plans to cease unspecified “gender medicine services” as the Oklahoma Legislature works to ban procedures to “transition” minors, though questions remain as to the vagueness of the hospital’s statement.

The Daily Caller reports that OCH, which operates under the Oklahoma University (OU) Health system, told them that the “OU Health Senior Leadership team is proactively planning the ceasing of certain gender medicine services across our facilities and that plan is already under development.”

The news follows the Oklahoma House of Representatives adding language to a hospital appropriations bill placing new conditions on the $39.4 million it is receiving from the federal American Rescue Plan Act (ARPA) for a new mental and behavioral health facility.

The language establishes that none of that money may be used “for the benefit of any facility owned by the University Hospitals Authority or University Hospitals Trust performing ‘gender reassignment medical treatment’ … on children under eighteen (18) years of age,” including “interventions to suppress the development of endogenous secondary sex characteristics … interventions to align the patient’s appearance or physical body with the patient’s gender identity, and … medical therapies and medical interventions used to treat gender dysphoria.”

“I’m thankful for language in this bill that protects children from the practice of mutilation through gender reassignment medical treatment,” says Republican state Rep. Kevin West. “This unbelievably harmful practice cannot be reversed, and has lasting physical and psychological consequences that can damage these children for the rest of their lives.”

“Passing this legislation now will provide protections for children, and we can further expand those protections when we come back in the spring,” he added. “The radical Left may be making a national push to try and allow the mutilation of our children to become mainstream, but here in Oklahoma, we have to stand up for our kids and say enough is enough.”

But some, such as PJ Media journalist Megan Fox, warn that the hospital’s statement does not commit to ending specific practices, and that nobody with the hospital will elaborate or hold themselves to it by name:

@shanejett @NathanDahm @Sen_GregTreat @JakeAMerrick @Okla_Childrens Why isn't there a name on this statement and why will no one at OU Health take responsibility for it and explain exactly what it means? Is it that they have no intention of doing it?

Studies indicate that more than 80% of children experiencing gender dysphoria outgrow it on their own by late adolescence and that even full “reassignment” surgery often fails to resolve gender-confused individuals’ heightened tendency to engage in self-harm and suicide, by reinforcing their confusion and neglecting the actual root causes of their mental strife.