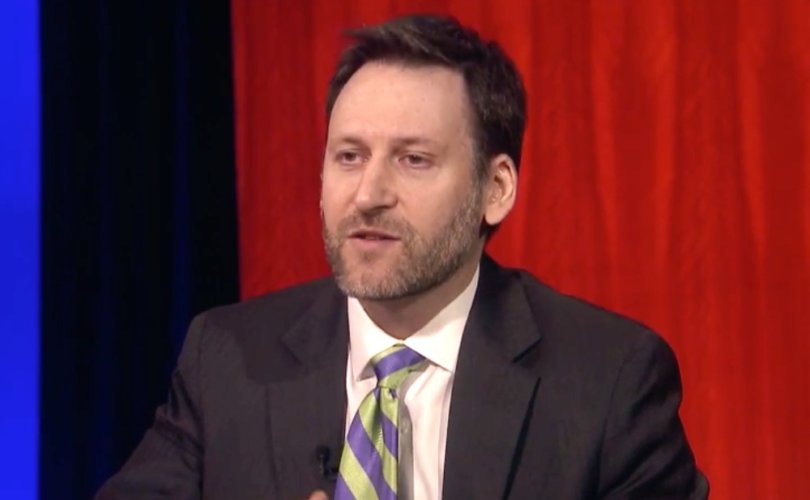 NEW YORK, June 25, 2018 (LifeSiteNews) – The Guttmacher Institute, the pro-abortion research organization that began as a part of Planned Parenthood, announced Friday it has fired one of its top researchers for allegedly sexually harassing female staffers.

According to a joint statement by Guttmacher’s Board Chair Mary Shallenberger and President and CEO Ann Starrs, the organization received an anonymous report on June 15 accusing vice president for domestic research Dr. Lawrence B. Finer of sexual harassment, at which point he was placed on administrative leave. It also reveals that rumors about Finer’s conduct, including a formal complaint, had actually arisen months earlier, but “we believed at the time that we had resolved the complaint adequately.”

Following this month’s allegation, an internal investigation found that Finer had “engaged in inappropriate sexual behavior against a number of current and former Institute employees,” leading to his termination Friday.

“[W]e now know that the actions we took were not nearly enough to address the problem,” the statement admits. “We have failed to create and nurture a culture within our organization where predatory behavior is condemned and where staff feel supported to report such behavior as soon as it occurs. That is inexcusable.”

Guttmacher’s statement pledges that the organization will “conduct an independent and thorough review of our practices and policies” to “do right by the victims of this behavior and to restore the trust of our staff, our donors, our colleagues and all those who rely on Guttmacher’s work.”

The institute doesn’t elaborate on Finer’s alleged actions, but the pro-abortion website Rewire.News reports that it spoke to four women who had personally interacted with him, describing their experiences on condition of anonymity. They say they fear professional repercussions if they identify themselves now.

All four described his behavior as “creepy,” and two claimed he “groomed” them for potential sexual relationships. One woman said he had a reputation for pursuing women “at work and at conferences,” targeting younger women at the beginning of their careers through flattery.

Additionally, despite the contrition in Guttmacher’s statement, one of the women told Rewire that the institute’s staffers were under the impression that “leadership acted quickly in firing Larry Finer only after they knew it was likely to go public.”

Though Guttmacher is widely quoted in the mainstream media as an authority on a multitude of abortion and contraception stories, pro-lifers have criticized it for pushing deceptive research on topics such as the safety of abortion procedures and the effectiveness of pro-life laws. At the same time, both sides use Guttmacher’s data in various reports, such as its information about the number and types of abortion-related laws currently in effect.

These latest revelations make Guttmacher the latest pro-abortion institution to be accused of tolerating sexual abuse behind a feminist facade.

Over the past month, Live Action has been releasing a series of videos detailing Planned Parenthood employees’ willingness to provide abortions to girls as young as twelve without reporting signs of statutory or forcible rape to law enforcement. Most recently, Indiana Right to Life called for an investigation of the state’s abortion facilities, citing 48 consumer complaints against abortionists for allegedly failing to follow reporting requirements.