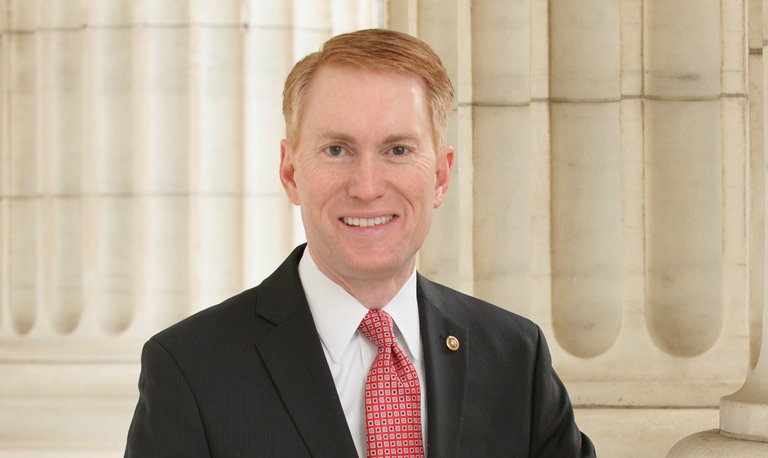 An amicus brief signed by 200+ congressman supporting the Little Sisters of the Poor is a 'defining moment for religious liberty' said Sen. James Lankford.

On Monday, 207 Members of Congress signed an amicus brief to the U.S. Supreme Court, urging justices to protect the religious liberty of dozens of groups fighting the HHS mandate, which requires insurance coverage that dozens of groups say violate their religious beliefs. Seven of those cases have been consolidated into one that will be argued in front of the Court in March.

One of the four congressmen leading the charge for Little Sisters of the Poor, Priests for Life, and the other groups is Senator James Lankford, R-OK, who spoke with LifeSiteNews about the brief this morning.

LifeSiteNews: Yourself, Senator Hatch, Rep. Kelly, and Rep. Black have an amicus brief coming out in favor of the Little Sisters of the Poor. My first question is: I understand approximately 207 Members of Congress have signed the brief, including two Democrats. Is this an unusual set of circumstances for this to happen, and secondly, why are so many interested in protecting the Little Sisters and other religious groups?

Senator James Lankford: This is a very large number for an amicus brief. This is Congress speaking out to the Courts about congressional intent, and what Congress meant to say and did say in the Religious Freedom Restoration Act [RFRA], but also speaking up for basic principles of religious liberty — that's a constitutional right. It's not only a congressional action from years ago, but it's a constitutional action from centuries ago. This is one of those important briefs that will be a defining moment for religious liberty in the United States.

LSN: Why a defining moment as compared to other debates that are going on?

The United States has always been a place where people have the free exercise of religion, not just the freedom of worship, and the concern is that the administration continues to push a line to say we have the freedom of worship — that is, when you're in your church, you can choose to worship how you want — but as far as the practice of your faith, we can as a government limit that practice of your faith.

This argument pushes back in the same line that Hobby Lobby did a couple of years ago, to say that, 'no, that individuals have the right to practice their faith, not only in their place of worship, but also in their place of business, in their organization — we have the free exercise of religion, not just the freedom of worship.'

LSN: On that line of thought — I understand that some businesses are exempted from this mandate, and other ACA mandates. Why is the administration so keen on going after elderly nuns who will never, ever use contraceptives and abortifacients, yet allowing businesses to be exempted? Is it simply cronyism, is it simply preference on who to target, what is the situation there, in your opinion?

Sen. Lankford: This is back to the same issue the administration always faces. This law has so many flaws, so many problems with how it was written, as they're trying to implement the law itself. They find themselves constantly exempting people out that the law did not exempt out, because the law itself has problems in the way it was written.

They're back to the same issue they've always been: They do not want any individual, or any group, to be able to have exceptions. That was the fight all the way through with Hobby Lobby. They wanted to push privately held companies to the same standard as other companies. They also wanted to be able to push for Little Sisters of the Poor, or Christian universities all around the country, to violate their basic faith principles, and their long-held teaching, on the life issue, for the sake of a new implementation from this administration.

These sincerely held religious beliefs have to be honored.

Sen. Lankford: It actually references both the Constitution and the Religious Freedom Restoration Act. But most of the brief focuses on the Religious Freedom Restoration Act, for a couple of reasons. One is that it's a recent action from Congress to make clear our understanding of the Constitution, and a statement of the intent of Congress and the American people that religious freedom should be protected.

And so the brief mentions over and over 'Religious Freedom Restoration Act,' because who better to speak for Congress than Congress itself about what Congress' intent was for that law?

LSN: On the basis of principle, do you think the federal government should be involved in promoting, or funding, or being involved with, contraceptives and abortifacients in any way, shape, or form, and if so, how would you change existing policy to respect religious liberty?

Sen. Lankford: Multiple ways. Obviously, religious institutions, and privately held companies, and companies need to have the freedom to be able to make decisions based on their sincerely held beliefs — a basic American principle, and that should be true for every single company, every group, every individual. The First Amendment was done before, and is foundational under, any other law that has been placed on the books, including the Affordable Care Act.

Second thing is — I would be very, very clear — entities that are large providers of abortion should continue to have no funding for abortion provision. The prohibition for any monies going to abortion that are federal dollars should continue to stay in place — whether they are internationally or in the United States — and organizations like Planned Parenthood, which is the single largest provider of abortion in the country, should either step away from abortion as a primary means, or we should remove federal funding from them.

Saying all that, this is a long-term issue. I am concerned that Americans are focused on abortion providers, rather than the children themselves. In the heart of the debate about the life issue, we need to continue to have children front and center. This is not about the providers of abortion; this is about protecting children themselves. We need to make sure whatever we do continues to prioritize that child, and continues to reinforce to America again: 10 fingers, 10 toes, beating heart, unique DNA different than the mom or the dad's, that is a child.

And that needs to be continued to be honored and respected as a child in our culture.