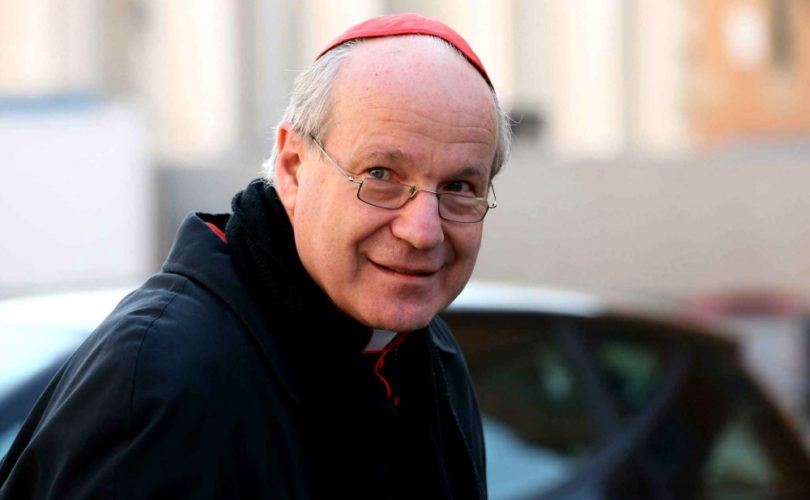 VATICAN CITY, October 21, 2019 (LifeSiteNews) ― The Cardinal Archbishop of Vienna shrugged off questions about fierce criticism of Pope Francis, saying that the prayers offered for the pontiff worldwide were “much more impressive” to him.

In today’s press conference following a meeting of the Synod of Bishops on the Amazon region, Cardinal Christoph Schönborn first responded to an Australian journalist who asked why the Argentinian pontiff was “the object of so much vehemence and negativity.”

“I am old enough to have memories about the pontificate of Pope Paul VI, and the critiques that he received were very similar to those that Pope Francis receives,” he said.

“For one side [Paul VI] was the destructor of the Church; for the others he was the impediment [to] progress in the Church, and he in the middle was simply the pope,” the cardinal continued.

“That’s my simple, basic Catholic attitude: he is the pope.”

Schönborn talked about having had a “good, close relationship” with St. John Paul II and having studied under and worked with Benedict XVI.

“And I have never seen the slightest opposition,” the cardinal said.

“There are differences because every pope has his own story and his own character, but it is always the pope,” he continued.

“And therefore it is very clear for me to be loyal to the pope, full-stop.”

Phil Pullella of Reuters, a Vatican correspondent of 40 years experience, was not satisfied with this answer, however, and pointed out that a lot has changed since Paul VI’s reign.

“Pope Paul VI died in 1978. The kind of criticism he was receiving was from very qualified people, you know. Theologians who had studied for many years, et cetera,” Pullella stated.

“Today we have the internet, we have Twitter, we have young people who are … barely beyond puberty, some of them, who are following people in the Church accusing this pope, Francis, of heresy … so there is a big difference.”

“It was not always so qualified, the critique of Paul VI,” replied Cardinal Schönborn to a general chuckle in the newsroom.

“To be pope means to be criticized ― and loved,” he added.

Vienna’s cardinal archbishop observed that over a billion Catholics around the globe pray for the pope every Sunday.

“And we will do so for the next pope,” Schönborn said.

“This is much more impressive for me.”

Cardinal Schönborn is one of Pope Francis’ most trusted advisors and has been appointed by the pontiff to be one of the members of the committee that will read the final draft of the report that will be given to Pope Francis at the end of the synod.

Schönborn underscored today that it is not the job of this committee to write the final document, as has previously been reported. The document will be written by its relator, or reporter.