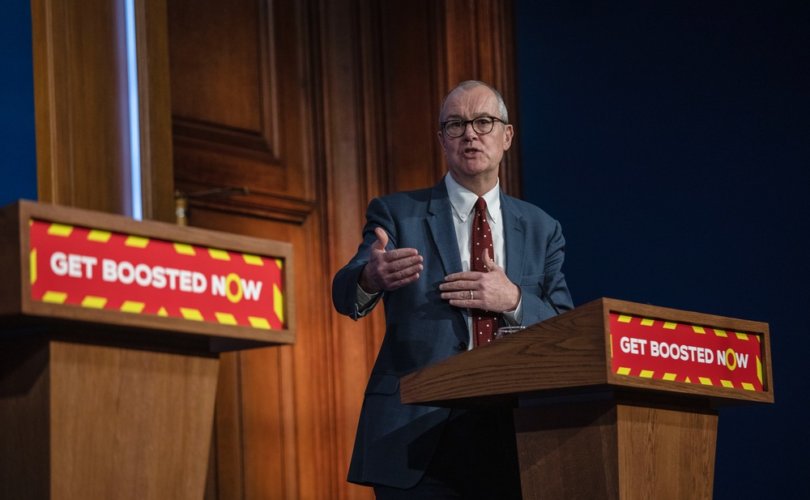 Sir Patrick Vallance, who earlier this month advised the government to prepare for “future pandemics” by providing yearly COVID booster shots, told the House of Lords Environment and Climate Change Committee Tuesday that behavioral changes, including eating less meat, “aggregated across entire populations … make a big difference” when it comes to cutting the national carbon output.

Although the government adviser said that official messaging on the apparent concern of climate change should not “cause fear or upset,” Vallance said that “making sure that people understand what they can do as individuals is an important part of this” as he called for “clear and specific guidance” about cutbacks the public should make.

“I don’t think there’s any room for complacency at all. There is a big change that’s required and it needs to be done urgently,” he stressed.

Vallance noted that the move to electric vehicles, while largely supported and subsidized by the government, is “totally impossible for the vast majority of the population” and suggested that the administration should focus on “making the green choice the easy choice.”

O’Sullivan said he is “sick and tired of these wealthy elites telling us, the ordinary citizens, basically that the quality of our lives is not as important as their fixation on carbon net zero.”

“Don’t you tell me how much meat I can eat … don’t you tell me whether or not I can go on foreign holidays! It’s outrageous and I’m sick of it … It’s all a fantasy anyway,” the radio presenter commented.

The Government’s chief scientific advisor Patrick Vallance has asked Brits to eat less meat and take fewer flights to help save the planet.

Kevin: “Don’t you tell me how much meat I can eat! It’s outrageous and I’m sick of it! It’s all a fantasy anyway.”@TVKev pic.twitter.com/xMpikII8so

Government “green” policies have not yet enforced dietary or travel restrictions on individuals, but Vallance stressed that it is “unarguable” such alterations in lifestyle are necessary to achieve the net zero carbon goals of the Johnson administration, admitting to changing his own habits on that account.

“I’m eating less meat, I cycle to work and I fly less than I used to,” Vallance claimed, while confessing that he has stopped short of not eating meat and flying altogether.

“I think it’s about reduction, and appropriate reduction across society … Individuals need to know what is expected of them, as well as making that easy for them,” he said.

However, the Climate Change Committee criticized the government last year after it decided to omit demands for dietary and travel restrictions as part of its 2030 climate change strategy, a major aim of which is to facilitate phasing out fossil fuel usage over the next 30 years.

The committee proposed that individuals should cut their meat intake by around 20 percent before 2030 and a further 15 percent within the following 20 years in order to convert the land used for meat and dairy farming into space for trees.