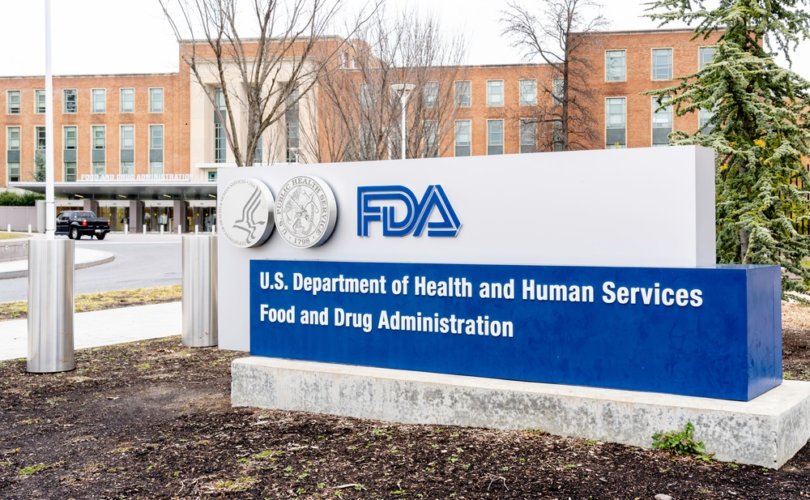 WASHINGTON, D.C., August 31, 2020 (LifeSiteNews) — The head of the U.S. Food and Drug Administration (FDA) has indicated that his agency is willing to skip critical Phase III testing for potential COVID-19 vaccines, raising concerns about the safety of the final product.

In an interview with the Financial Times on Sunday, FDA commissioner Stephen Hahn said, “It is up to the sponsor [vaccine developer] to apply for authorisation or approval, and we make an adjudication of their application. If they do that before the end of Phase Three, we may find that appropriate. We may find that inappropriate, we will make a determination.”

He did not specify how benefits and risks would be assessed.

On the one hand, the risk of a vaccine that has been tested only on few people is not clear.

On the other, the risk of dying from the coronavirus is low for people without an underlying condition. The CDC reported that 94 percent of deaths related to COVID-19 had, on average, “2.6 additional conditions or causes per death.”

“The Moderna vaccine, which is the lead candidate, skipped the animal testing altogether,” he said during his debate with renowned Harvard law professor Alan Dershowitz.

Apart from questions about the safety of the vaccines, many Catholics and other Christians have also pointed out that at least some of the vaccines are developed and produced using cells from aborted babies.

FDA Commissioner Hahn emphasized that his agency was not rushing any potential COVID-19 vaccine onto the market because of political pressure, particularly from President Trump.

“We have a convergence of the Covid-19 pandemic with the political season, and we’re just going to have to get through that and stick to our core principles,” he said. “This is going to be a science, medicine, data decision. This is not going to be a political decision.”

Trump, while stating on Twitter that the Deep State is slowing down the approval of a COVID-19 vaccine, said in the past that the new vaccine would be for those “who want to get it,” adding, “Not everyone is going to want to get it.”