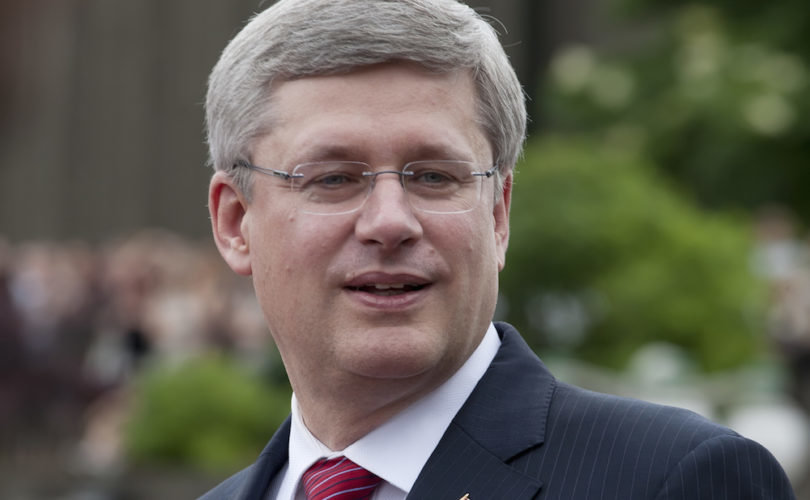 The ruling Conservative Party of Canada is asking its core supporters if it stands with them in “respecting traditional family values,” leading some commentators to suggest they are reaching out to their social conservative base in preparation for the 2015 federal election.

A survey circulated by email Tuesday asks CPC supporters under a selection titled “I stand with the Conservative Party on the following issues” to tick those they agree with. Along with “respecting traditional family values” are “safe and sensible firearms policies” and a “tough-on-crime approach.”

While the survey does not define what traditional family values are, the phrase was worrisome enough to liberal media bastions to merit detailed coverage.

“Because you know what ‘traditional family values’ mean [sic]? It's a codeword, a dog whistle, for misogynists and homophobes. Which only shows how low he (Mr. Harper) is prepared to go to try to boost his polls,” wrote a Montreal blogger who summed up what mainstream media avoided printing outright.

Traditional family values are often associated with honoring a strong nuclear family, cherishing life from conception until natural death, respecting the Judeo-Christian perspective on sexuality, and recognizing a parents’ prerogative of raising and educating their own children.

The phrase has not been used by the prime minister in his speeches, nor does it appear in Conservative Party documents, The Canadian Press reports.

LifeSiteNews asked the CPC by email and phone what it meant by “traditional family values,” but did not receive a response by press time.

Since winning a majority government in 2011, the CPC has earned praise from life and family leaders for opposing attempts by the courts to bring in euthanasia, introducing legislation to combat prostitution by targeting the purchasers, and making steps to help families through the Universal Child Care Benefit and income-splitting.

At the same time, life and family leaders have been frustrated by Prime Minister Stephen Harper’s consistent refusal to allow his party to reopen the abortion debate. Harper has also been criticized for allowing same-sex “marriage” to stand.

Despite this, Gwen Landolt, national vice-president of REAL Women of Canada, called it a “great relief” to see the Conservatives stating clearly their position.

“The very backbone of their party are people who do support traditional family values,” she told LifeSiteNews.

Landolt said the Conservatives are trying to distinguish themselves from the Liberal and New Democrats (NDP) who collectively favor anti-family policies on everything from abortion-on-demand and euthanasia to homosexuality, prostitution, and marijuana.

With an election scheduled for October 2015, pollster Nik Nanos is suggesting the Conservatives are laying out their cards to appeal to those of a socially conservative viewpoint.

“Probably what they're trying to do is say, even if you're angry with us, we're still closer to the values that you have compared to the other choices,” he told The Canadian Press.

Landolt said the “vast majority” of Canadians who are the ones raising their children, paying their bills, and working hard are the same ones who largely identify with traditional family values.

“They are the people who are the backbone of the country. It’s not the so-called elites of the left and the so-called progressives who want decriminalized prostitution and sexual permissiveness in every way – they are not the backbone,” she said.

The Conservatives are staking out their claim to social conservatives, letting the Liberals and NDP fight over the so-called liberal or progressive vote, she said.

Jim Hughes, national president of Campaign Life Coalition, told LifeSiteNews he hopes with this survey the CPC is reaffirming what a conservative party should be standing for, namely the right-to-life for everyone including the pre-born, as well as liberty and individual democratic rights.

He praised Conservative back-benchers for “holding the Prime Minister’s feet to the fire and ensuring that the party wouldn’t go in the same direction as both the NDP and Liberals.”

“The Conservative Party should not be listening to people who are trying to change the social fabric of the country,” he said, “but to grassroots conservatives who are genuine conservatives.”