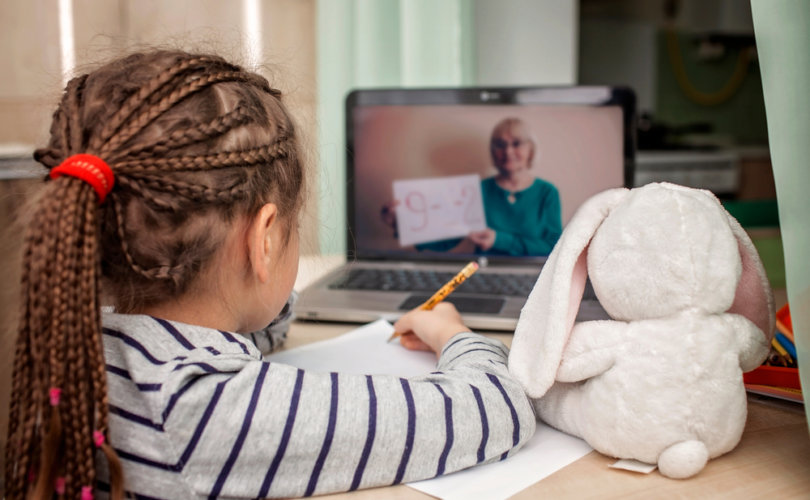 WARNING: This report contains information of a sexual nature that is not suitable for children

TORONTO, Canada, January 18, 2021 (LifeSiteNews) – In exactly three clicks from the website of Toronto’s Catholic school board, children are able to access homosexual sex guides where they can learn how to “find” gay sex by “cruising” or in “parks and public washrooms,” how to engage in “f*sting,” and “how to have lesbian sex.”

In its “Resources for Students” page, the Toronto Catholic District School Board (TCDSB) lists LGBT Youthline as a resource for “Student Mental Health & Wellness.” Clicking on this link brings children to LGBT Youthline’s main page where hovering over “Our Programs” brings up the option “Online Resources.” Clicking on this option brings children to resources for “Sex, Sexual Health & More.” Links to explicit homosexual content intended for adults are included as resources, including the following sites:

LGBT Youthline places a “Quick Hide” button on the top right of its website so that children accessing the site at home or at school can click the button and immediately be directed to Wikipedia’s homepage so as to hide the content they are viewing.

The Catholic Church furthermore teaches that the homosexual inclination is also “objectively disordered” since God created sexual attraction for the purpose of drawing a man and a woman together to become husband and wife in marriage.

After a local Toronto writer Joe Volpe, editor of the Italian-Canadian daily newspaper The Corriere Canadese, called attention to TCDSB linking to LGBT Youthline in a Jan. 8 post, the board immediately removed the link, telling LGBT Youthline that same day that it had “inappropriate material” on its site. LGBT Youthline fought back, demanding on Jan. 11 that the TCDSB “immediately re-instate LGBT YouthLine in their resources for youth.”

Another outcome of the meeting was that Trustee Di Pasquale presented a motion on Jan. 14 for the establishment of a student-led committee to “focus on respecting differences and LGBTQ+ matters with the intent of empowering our student voice system-wide.” The motion was carried.

LifeSiteNews reached out to the TCDSB by phone, asking why it decided to relink to LGBT Youthline knowing that the site promotes explicit homosexual content contrary to Catholic teaching. LifeSiteNews also asked what the board would tell parents who might be horrified to see their children accessing homosexual content from a link recommended by the TCDSB. No response was provided by press time.

LifeSiteNews also reached out to Toronto’s Thomas Cardinal Collins, who as spiritual oversight over the TCDSB, for comment on the matter. LifeSiteNews asked if there was anything the Cardinal could do to help keep Toronto Catholic children safe from accessing homosexual content from the Catholic school board’s website. No response was provided by press time.

Jack Fonseca, director of political operations at Campaign Life Coalition, Canada’s national pro-life and pro-family organization, told LifeSiteNews that he was “horrified” that the TCDSB has a site promoting homosexual content as an approved resource for children.

“This is immoral and anti-Christian. But it’s also criminal.  Do these trustees and the Director of Education not care that it’s illegal to expose underage children to pornographic material? A parent, teacher or ratepayer needs to report this to the police,” he added.

Fonseca called on Cardinal Collins to intervene and “put an end to the sexualization of our Catholic students.”

“The buck stops with him, and he must finally do his job.  At a minimum, the Cardinal needs to demand the resignation of Trustee Di Pasquale and Trustee Rizzo who have both defended promoting this pornographic content to children, along with the Education Director Brendan Browne who has allowed it,” he said.

Fonseca called on concerned parents to “flood the trustees and Director’s office with complaints demanding they stop this pornification of the TCDSB.”

“It cannot be excused or overlooked just because the pornographic content is being pushed by a gay-activist group,” he said.