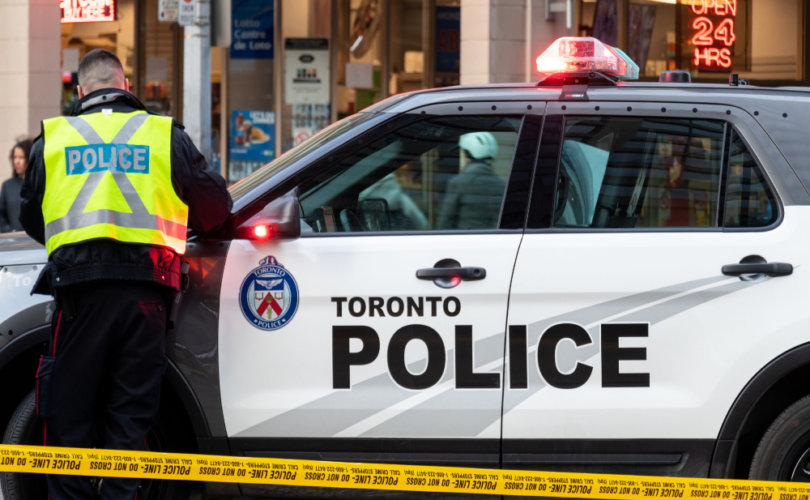 TORONTO (LifeSiteNews) – The Toronto Police Service (TPS) is removing a COVID-19 jab mandate for its service members and allowing those placed on unpaid leave last year to soon come back to work.

According to a TPS statement, the members currently on an unpaid absence “will return to duty on June 21, 2022. Officers will be deployed as operationally required by the Service and civilian members will return to their original roles.”

The TPS said that the “Service’s decision to rescind its COVID-19 Mandatory Vaccination Requirement was made in response to the current public health and occupational health context of the pandemic and the unique nature of its work and workplaces.”>

Active TPS members were first notified of the news via an internal email on Wednesday that the force was removing its COVID jab mandate. That meant the approximately 205 members who were forced off the job did not hear the news until later, as they have been cut off from all communications.

Despite lifting its COVID jab mandate for current workers, the TPS will require all new hires to show proof they’ve had the jabs.

The TPS began to institute its mandatory COVID jab policy on November 30, 2021, which it says resulted in “a 99% vaccination rate.” They had announced the policy in August 2021.

This week, the TPA said it was “pleased the Service has rescinded its policy.”

Even though the TPS had a COVID jab mandate in place, it continued to encounter virus outbreaks.

Despite the TPS dropping its COVID jab mandate, the city of Toronto still has in place the requirement for all of its workers to have had both jabs.

Some major Toronto institutions recently dropped vaccine mandates in place, such as the University of Toronto, after it was hit by a human rights complaint filed on behalf of faculty members.

The province of Ontario dropped a jab mandate for its workers in April. However, the Progressive Conservative government of Ontario Premier Doug Ford, who was just re-elected to a second term, has allowed employers to still their own jab mandates if they wish.

Conservative Party of Canada (CPC) MPs have come out against COVID jab mandates imposed at the federal level, such as one put in place by Trudeau last year  that in effect bans those who have chosen not to get the COVID vaccines to travel ban by air, rail, or sea. The travel vaccine mandate bans Canadians from flying within Canada as well as out of the country. Very few exceptions are given.

On Thursday, CPC MP and leadership candidate Pierre Poilievre introduced a private members bill that would ban “the government from imposing vaccine mandates as a condition of travel or employment.”