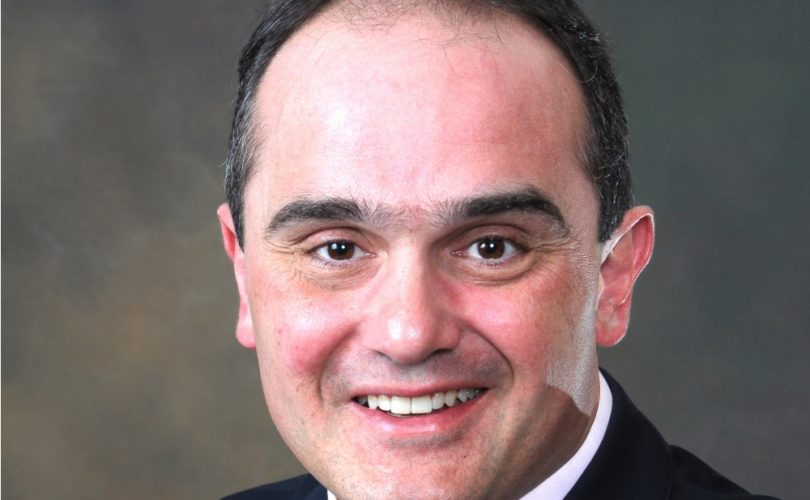 Toronto District School Board trustee Sam Sotiropoulos, who made headlines several months ago for questioning the board’s participation in the gay pride parade, has once again found himself the target of LGBTQ activists.

After tweeting two weeks ago that he “reserves the right” to believe transgenderism does not exist if he does not find scientific evidence of its existence, a social media firestorm has erupted as dozens of left-leaning and LGBTQ activists have heaped insults upon the trustee and called for his resignation.

Until I see scientific proof that transgenderism exists and is not simply a mental illness, I reserve the right not to believe in it. #TDSB

In addition, Flamingo Rampant, which is planning on pushing LGBTQ2S picture books into primary schools across Toronto, has decided to offer a free “trans-positive” kids book (for children in kindergarten to grade two) to TDSB librarians – and some have taken them up on this offer.

One activist has even sent a letter to the Toronto District School Board, describing the tweet from Sotiropoulos as “violent and transphobic.”

In what Richard Klagsbrun, school trustee candidate in Ward 10 (Trinity-Spadina), called a “politicized witch hunt,” TDSB Director of Education Donna Quan responded to this letter by taking the tweet to the school board’s General Counsel – apparently in an attempt to have Sotiropoulos censured.  However, in a letter to Donna Quan, the TDSB General Counsel wrote that in his opinion, the tweets did not constitute “discrimination,” adding that Sotiropoulos “might be the first to defend transgendered persons.”

The TDSB General Counsel rejected the idea that Sotiropoulos should be censured, writing, “The Charter of Rights and Freedoms guarantees freedom of belief and freedom of expression.”  These sentiments were echoed by Klagsbrun, who wrote on his blog, “Donna Quan, under whose influence the curriculum has become increasingly politicized, to (in my opinion) the detriment of every student in Toronto's public school system, seems to feel that her ideology should trump the right to free speech guaranteed in Canada's Charter of Rights and Freedoms.”

This is not the first time that Quan has clashed with Sotiropoulos – five months ago, Quan sent an email to TDSB staff justifying public nudity at the gay pride parade.

Also participating in the “witch hunt” against Sotiropoulos are the teachers’ unions.  On September 9, the Elementary Teachers of Toronto sent a letter to Quan, requesting “that the TDSB conduct an investigation” as to whether Sotiropoulos had violated any legislation or TDSB policies.  However, this suggestion had also been rejected by the TDSB General Counsel, whose letter to Donna Quan (dated September 2) stated that the tweets were “nothing to ‘investigate’ (as the tweets speak for themselves), and any formal  process to censure the trustee open the door to accusations of censorship.”