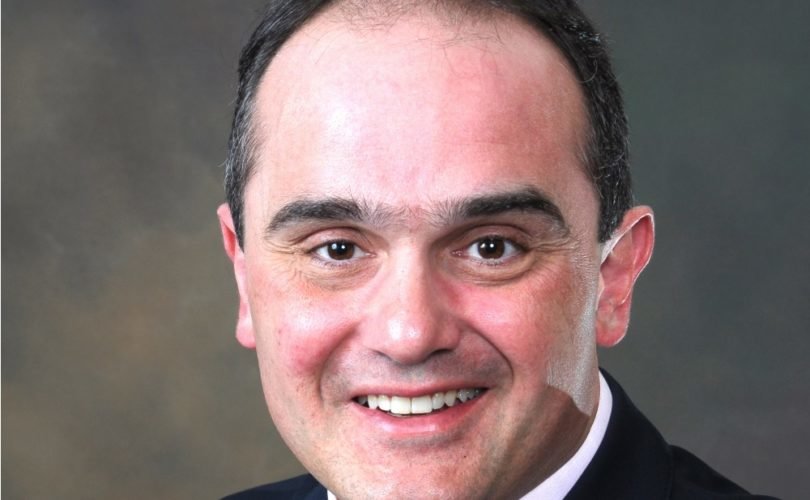 In the lead-up to Monday's elections, about 200 high school students have signed a petition demanding that the Toronto District School Board suspend trustee Sam Sotiropoulos for his stand against homosexual activism.

In response, Sotiropoulos told LifeSiteNews he believes his opponents are using the students as “political tools,” a prospect he called “disgusting.”

Sotiropoulos had become the center of attention earlier this year for questioning his board’s participation in Toronto's gay pride parade and for asking the Toronto Police force if it would enforce Canadian law against public nudity at the lewd spectacle.

For his efforts to protect children from exposure to illegal public nudity Sotiropoulos was labelled “homophobic” by homosexual activists and school board members, and was threatened with sanctions by his union.

Again last month Sotiropoulos found himself the target of LGBTQ activists, who heaped insults on him and called for his resignation, for tweeting: “Until I see scientific proof that transgenderism exists and is not simply a mental illness, I reserve the right not to believe in it.”

According to the Toronto Star, Malvern Collegiate student Georgia Koumantaros attended a board meeting on Wednesday and argued for Sotiropoulos' suspension, or at least that he should be forced to write an essay on his tweets' “negative impact on school climate.”

“If the TDSB really is all about students and being accepting, why do they let this man get away with criticizing everything the board stands for?” asked Koumantaros, who the Star said belongs to the Malvern Students Against Sexual Stereotyping club.

“He belittled the Gay Pride parade, which is a celebration of people who have not always had equal rights,” said Georgia. “If a student tweeted something like that, we’d be suspended, or at the very least we’d have to write an essay about the negative impact it has on school climate.”

“He should at least be made to do community service, or write an essay — or apologize,” she said.

Reportedly, trustees at the meeting gave Georgia a round of applause for her presentation.

However, Mr. Sotiropoulos, who was linked to the meeting by phone, reminded the trustees that school board General Counsel Tony Brown told him his tweets did not constitute “discrimination.” In a letter to TDSB Director of Education Donna Quan, Brown rejected the idea that Sotiropoulos should be censured, writing, “The Charter of Rights and Freedoms guarantees freedom of belief and freedom of expression.”

To Sotiropoulos' statement over the phone that “I have not violated anything . . . I have the right to express my opinion under the Charter of Rights. You seem to think you know better than the board lawyer,” the Star reported that the young lady was “unrattled by his tone” and told the meeting that the trustee was entitled to his opinion only “at home and with friends.”

However, Mr. Sotiropoulos told LifeSiteNews, “When I questioned the child as to what specific rule(s) I had violated, she had no answer.”

“These children are being used as political tools by their manipulative union activist teachers,” Sotiropoulos said. “This is a disgraceful and desperate ploy by people in authority over children who put special interests before their employment mandate, i.e. the Education of children.”

“They have tried to silence and censure me in several different ways and they have failed. So, they have turned to using children to try to further their political aims. Disgusting, but not surprising.”

Mr. Sotiropoulos reiterated that he fully intends to continue exercising his right to free speech in the work for children that their parents elected him to do.

“I will not be bullied by the unions or the media. I have a right to my opinions and their expression. I choose to exercise both rights and will continue to do so, as I fight for the best interests of all children, not just some subgroup,” he told LifeSiteNews.