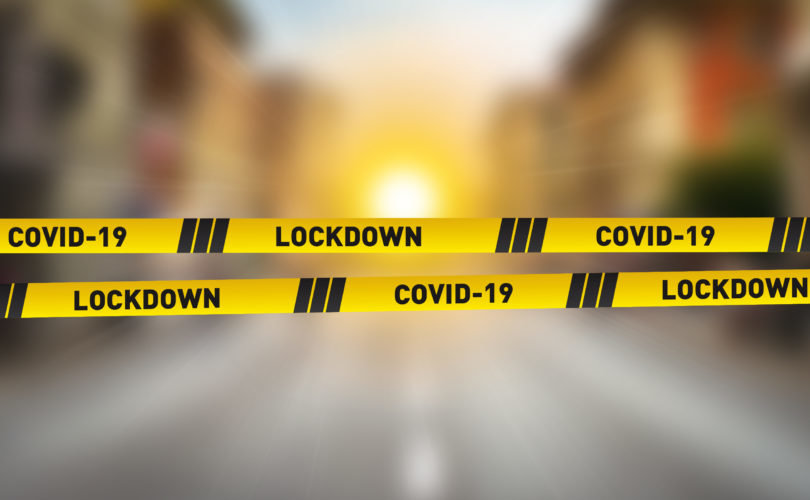 ONTARIO, April 28, 2021 (LifeSiteNews) – Three prominent medical experts recently spoke with the Toronto Sun about lockdowns, all agreeing that such measures are, in the words of the Sun, a “waste of time” with one going as far as saying they are “counterproductive.”

The Sun’s Sue-Ann Levy interviewed Dr. Harvey Risch, Dr. Howard Tenenbaum, and Dr. Paul Elias Alexander via a lengthy Zoom interview earlier this month on the topic of lockdowns. Risch is a professor of epidemiology at Yale University. Tenenbaum is a periodontist based at the University of Toronto with a PhD in cell biology. Alexander has a degree in epidemiology and a degree in health research methodologies from McMaster University and has worked in the Health and Human Services Department under the Trump administration.

Reported the Sun of Risch’s comments:

He said while lockdowns can reduce the numbers of COVID-infected patients, they only have a fighting chance when you can move every infected person out of a population.

Once the lockdown ends, there are people waiting to be infected, he noted.

“Once an epidemic has spread widely in a population or around the world, there’s no chance you can eradicate the virus completely,” Risch said, adding that putting travellers in quarantine for 14 days is also a waste of time.

Risch said that what we’ve faced is a “massive epidemic of stupidity.”

Tenenbaum criticized the medical profession for not employing proven medical interventions in the fight against the Wuhan coronavirus.

Reported the Sun of Tenenbaum’s comments:

When he tried to present it to his university colleagues, he said he was met with “stone silence” and incredulity because no one believed an antibiotic could work.

He added there have been lawsuits in the U.S. over getting such drugs to patients who were going to die.

Alexander said that a year’s worth of data is showing the “crushing harms” from “draconian” lockdowns.

Reported the Sun of Alexander’s comments:

“The present lockdown and school closures are not sustainable, illogical, and often driven by an ill-informed, sensationalized media,” he added.

The controversial Alexander, who has repeatedly criticized Dr. Anthony Fauci for scaring Americans unnecessarily, said they saw data in the United States last summer indicating a dramatic spike among university and college students wanting to “commit suicide” because they couldn’t deal with the impact of isolation and being locked down.

“We were seeing 300% increase in reported self-harms among kids in primary and elementary school,” said the McMaster University assistant professor.

“We were also seeing data that business owners were hanging themselves across America … the collateral damage was far worse than COVID.”

Alexander told the Sun that there is “no credible” basis for the lockdowns currently happening in Ontario but that there is evidence that the measures are causing more harm than good.

“We were seeing 300% increase in reported self-harms among kids in primary and elementary school,” he said.

“We were also seeing data that business owners were hanging themselves across America … the collateral damage was far worse than COVID,” he added.

The Ford government imposed its strictest lockdown measures a week and a half ago that are to last until May 20. Ontarians are to stay at home unless they need to go out for food or other necessary errands. Police have been empowered to stop people to ask their reason for leaving home.